"Conquer And Divide", the new video from New York hardcore pioneers AGNOSTIC FRONT, can be seen below. The song is taken from the band's 12th studio album, "Get Loud!", which was released last month through Nuclear Blast. The clip was was directed by Punchdance Studios, which was also responsible for the video for "I Remember".

Frontman Roger Miret comments: "That's it, nothing new. The rich stay rich, the poor stay poor, but we've lost sight of how we are pawned against each other for political gains as we fight to simply exist."

Miret previously stated about "Get Loud!": "So excited for everyone to hear our new record. I really love the songs and it feels like a great mixture of what we have done our whole career! We put 100% into this from top to bottom! Everyone involved from start to finished just killed it! See you in the pit to celebrate these songs soon!" 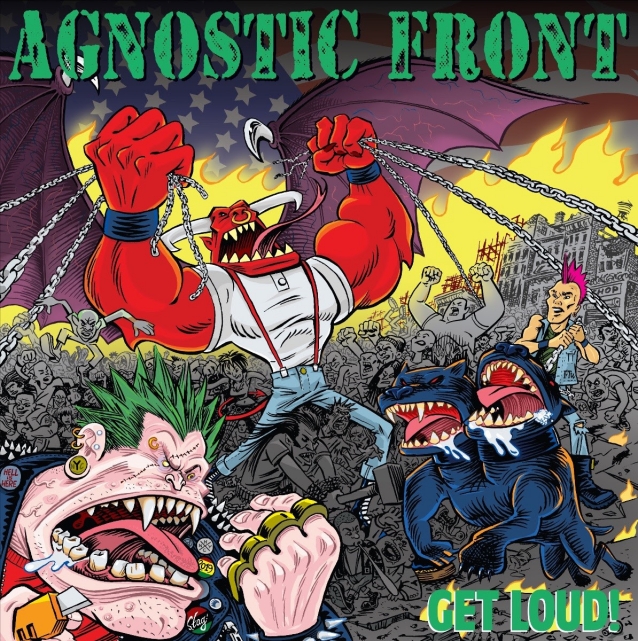