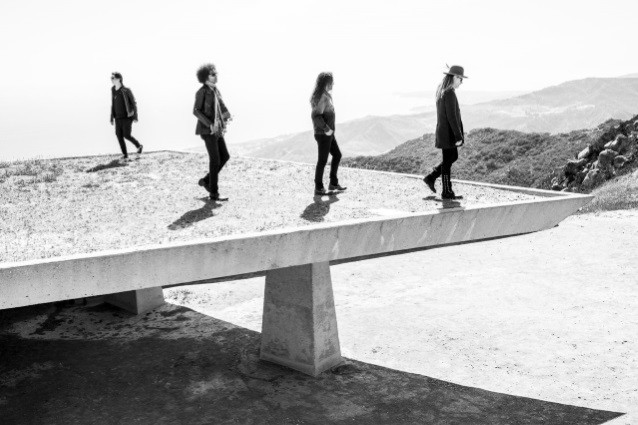 Video Premiere: ALICE IN CHAINS' 'The One You Know'

ALICE IN CHAINS has released the Adam Mason-directed video for its new single, "The One You Know". The song is taken from the band's much-anticipated follow-up to 2013's critically acclaimed album "The Devil Put Dinosaurs Here". Due out later this year, the new disc was recorded in part at Henson Studios in Los Angeles with Nick Raskulinecz, who produced both "The Devil Put Dinosaurs Here" and its predecessor, 2009's "Black Gives Way To Blue", and was mixed by Joe Barresi (TOOL, QUEENS OF THE STONE AGE).

The basic tracks for the new ALICE IN CHAINS album were laid down at Studio X in Seattle, marking the first time the band had recorded in the city in more than 20 years, since tracking its 1995 self-titled album at the same facility back when it was known as Bad Animals. "It was cool to be back, because the studio is a part of our history," Cantrell told Guitar World.