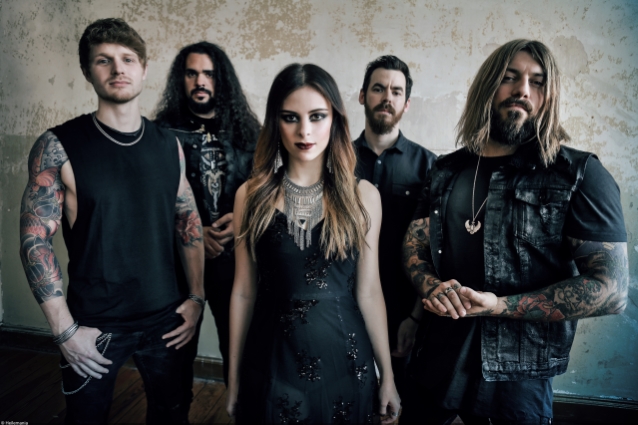 The official music video for the song "Breeze" from the German symphonic metal/power metal band BEYOND THE BLACK can be seen below. The track is taken from the group's latest album, "Heart Of The Hurricane", which was released on August 31 via Napalm Records (GSA via Airforce1).

BEYOND THE BLACK singer Jennifer Haben told Distorted Sound about the making of "Heart Of The Hurricane": "We started writing song ideas in summer last year. This time everyone on their own first and after we had a lot ideas, we worked in small groups of two or three people on this ideas or created new ones, it depended on our moods. Then we went to our producers in the beginning of this year and finalised and recorded everything. Most of the guitars and bass alone at home and vocals and drums with the producers. Especially vocals are very important for me to record with Sascha [Paeth] or Hardy (from ELEPHANT). They really know me after all these years and they work so differently. After recordings I always feel like I showed everything I can, from the current status of my vocal skills."

Regarding the songwriting process for "Heart Of The Hurricane", Jennifer said: "Like I said before, we wrote song ideas on our own first — that was an important step for me, cause I wanted to see in what direction the guys wanted to write, how BEYOND THE BLACK will sound in the future and who will be involved the most in songwriting and all that stuff. After that, we worked in small groups, where very good new stuff came up as we worked on that song ideas from before. I think that this process was very important for all of us and will take the process of the next album to another level."

"Heart Of The Hurricane" track listing:

BEYOND THE BLACK has already played countless shows in Germany and other parts of Europe with such bands as SAXON, POWERWOLF and EPICA. They also served as the support act for the SCORPIONS' 50th-anniversary tour. 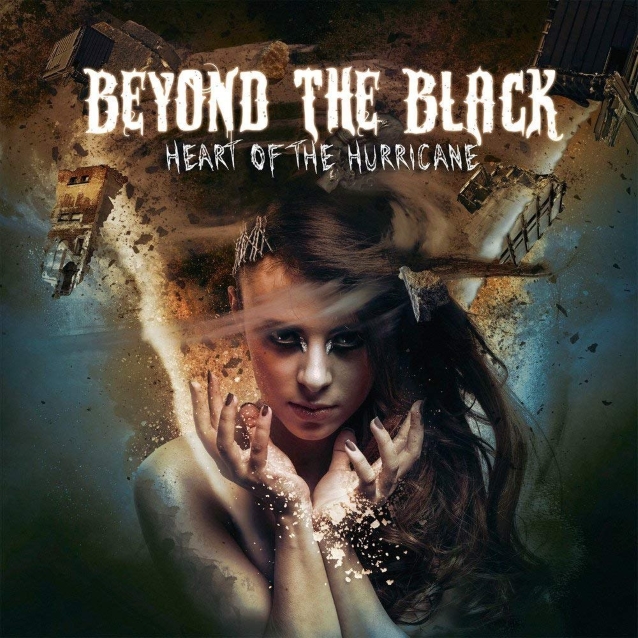