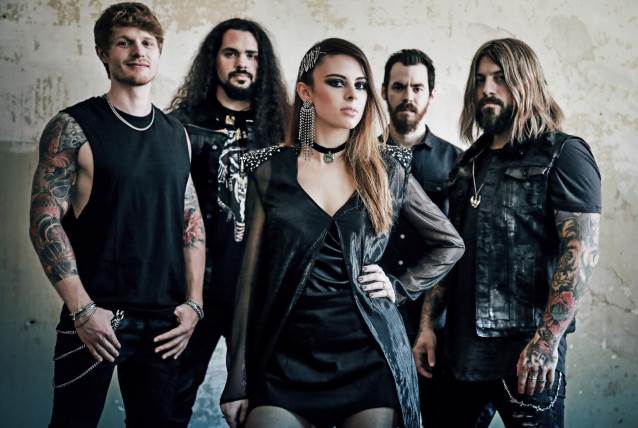 German symphonic metal/power metal band BEYOND THE BLACK will release its new album, "Heart Of The Hurricane", on August 31 via Napalm Records (GSA via Airforce1).

The official music video for the song "Million Lightyears", taken from "Heart Of The Hurricane", can be seen below.

"Heart Of The Hurricane" track listing:

BEYOND THE BLACK has already played countless shows in Germany and other parts of Europe with such bands as SAXON, POWERWOLF and EPICA. They also served as the support act for the SCORPIONS' 50th-anniversary tour.

BEYOND THE BLACK singer Jennifer Haben told Distorted Sound about the experience of touring with SCORPIONS: "I often tried to describe it, but I guess I will never find the right words to tell somebody how it feels like to share the stage with the SCORPIONS. When I was a small child, you found me singing and dancing on the table to 'Rock You Like A Hurricane' sometimes. It's crazy to think about something like this, while you are talking to them. They were very nice to us. I talked a lot with Klaus [Meine] and the last part with Mikkey Dee, too. We were at Mikkey Dee's private after-show party. Another surreal experience of that tour. Our drummer was bubbling over with joy! All in all, it was an incredible tour." 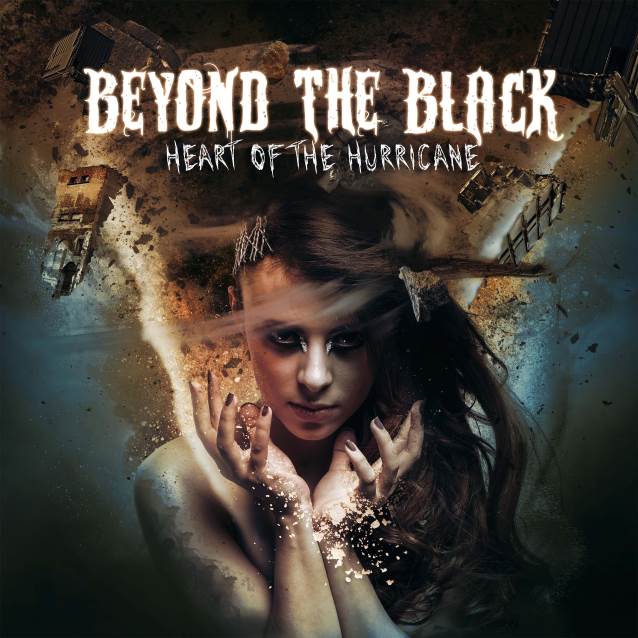