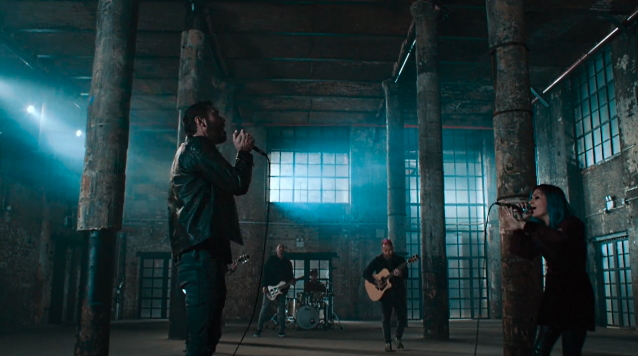 Last summer, BREAKING BENJAMIN's founder/frontman Ben Burnley told "Cutter's RockCast" that he had been friends with Sturm for more than 10 years. "And one of the first tours, I think, they [FLYLEAF] ever did — not the first, but one of the first tours they did ever — was with us," he said. "And it was a lot of fun. It was a lot different back in those days. Enough success to have fun, but not overboard, and it was all new and everything. And she was always really cool; the whole band was always really, really cool.