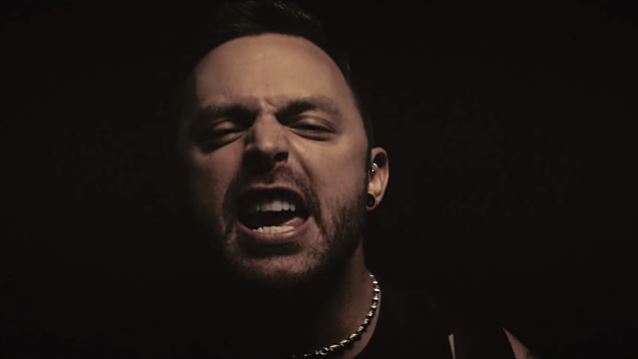 Video Premiere: BULLET FOR MY VALENTINE's 'You Want A Battle? (Here's A War)'

Welsh metallers BULLET FOR MY VALENTINE have just released the official video for the song "You Want A Battle? (Here's A War)", from their highly anticipated new album, "Venom", which is due out on August 14 via RCA. Check it out below.

Directed and edited by Stuart Birchall (BRING ME THE HORIZON, YOUNG GUNS) and produced by Nathan Killham of Kode Media, "You Want A Battle? (Here's A War)" is a narrative video that shines a light on domestic violence and abuse.

"I have always wanted to work with BULLET and I knew after talking with Matt [Tuck] that the style of storytelling I had in mind was very well suited to their own ideas," says Birchall.

"The band and label were very respectful of the creative process and allowed me to develop and refine concepts until we had the perfect fit.

"We were all keen on making a bold, dark statement about abuse that would resonate with a wide audience and complement this with a stylish performance. Everyone involved worked hard to bring the vision to life.

"It is always humbling to work with such dedicated cast and crew. As a filmmaker, being trusted and given creative freedom by the artist to interpret their message is where the most powerful work is done."

"You Want A Battle? (Here's A War)" follows BULLET FOR MY VALENTINE's recently released track "No Way Out", which has quickly become a favorite with fans around the world. Both songs are featured on the band's long-awaited fifth studio album, which was produced by Carl Bown and Colin Richardson (SLIPKNOT, MACHINE HEAD, TRIVIUM).

BULLET FOR MY VALENTINE guitarist/vocalist Matt Tuck revealed to Billboard.com that "You Want A Battle? (Here's A War)" is about being bullied — something that he experienced a lot while at school because he "was not a really cool kid. I was into heavy metal music and had long hair."

Tuck wrote the track to reassure fans that bullying "happens to everybody, and it's not a nice place to be when that happens. It took me a long time to actually pluck up the courage mentally and physically to stand up for myself, so it was kind of momentous moment for me. I had lost all these battles in my young life, and all of a sudden I was growing into a young man. I was able to stand up for myself and defend myself, and the band actually became something big and special and just like the biggest 'fuck you' to everyone. That's what that song's about, really. It's about going through hard times and coming through the other side."

Don't be afraid
No remorse, no restraint
These scars won't heal
Now you're the victim I'm making you feel
Like you are me
I need you to know what you've done can you hear?
Can you hear me roar?

Tuck acknowledged that the group's fans wanted to hear "a more angry, aggressive" sound this time around than the material on BULLET FOR MY VALENTINE's 2013 effort, "Temper Temper". "People were wanting a pissed-off band, and it's hard to write stuff like that when I don't feel like that on a personal level," he explained. "So it was more visiting these places and writing this style of song which I did before the band got signed, which ultimately got us where we are today. It was just taking that onboard and making a conscious effort to do something that wasn't very nice."

He continued: "Some of the most horrible, nasty lyrics are some of the [band's] most popular songs" — tracks like "Tears Don't Fall", "All These Things I Hate (Revolve Around Me)" and "Four Words (To Choke Upon)". "It's weird how people have such a strong reaction and a positive reaction to songs or lyrics which aren't very nice at all, but I guess that's why people love our band in the first place."

BULLET FOR MY VALENTINE will join SLIPKNOT's "Summer's Last Stand" tour later this year, along with LAMB OF GOD and MOTIONLESS IN WHITE. The trek kicks off on July 24 in West Palm Beach, Florida, wrapping up six weeks later on September 5 in Dallas. 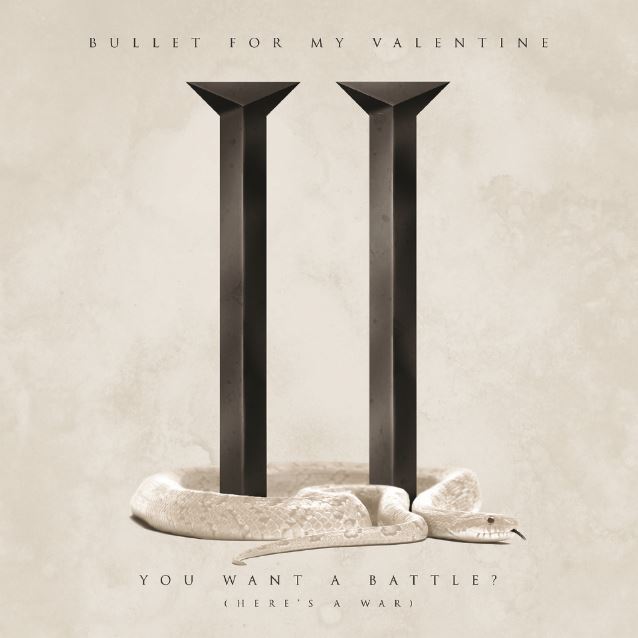