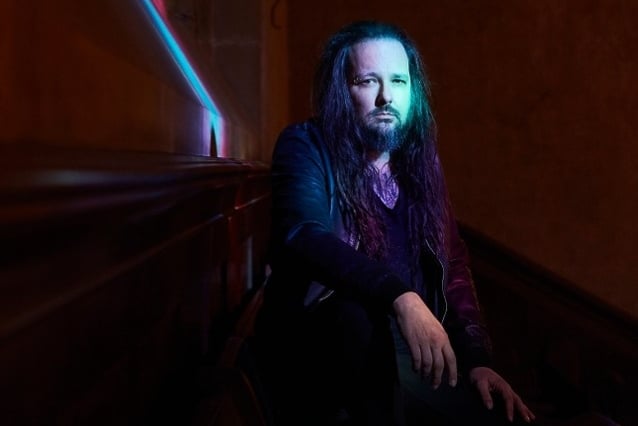 KORN frontman Jonathan Davis has released the official music video for the track "Basic Needs". The song is taken from his recently released "Black Labyrinth" solo album. The clip weaves an emotional story that perfectly accompanies the themes of the track.

Speaking about the latest single, Jonathan said: "'Basic Needs' is essentially as close as I get to writing a love song. It also gave me a chance to explore different instruments and styles of world music, and step outside of what may be considered 'the norm.' The two other videos I've released for this record have been telling a story in reverse. This video continues that pattern."

Davis first started assembling songs for the solo project in 2007, frequently writing and recording while on tour with KORN. Digging the material back out late last year, he dusted the tracks off for release 10 years after those initial studio sessions.

"I've been waiting 11 years for this to come out," he said. "It's really good to finish something which I started so long ago. It's something I'm really proud of. I've been very patient with it. It's been sat on my laptop for many years, so it feels really good to be able to finally release it, to talk about it and play it live."

The lead single from the album — "What It Is" — peaked at number 5 on the Billboard Mainstream Rock chart earlier this year and has garnered 3.1 million streams on Spotify and 6.6 million views on YouTube. Digging deeper into the track's meaning, Jonathan said: "No matter how hard you try to fight bad things in your life, life will be what it is. It's up to you to accept that, combat it, and move forward, or it's up to you to be in denial. Then, it becomes a thorn in your side until you finally deal with it. This is it. Just deal with it."