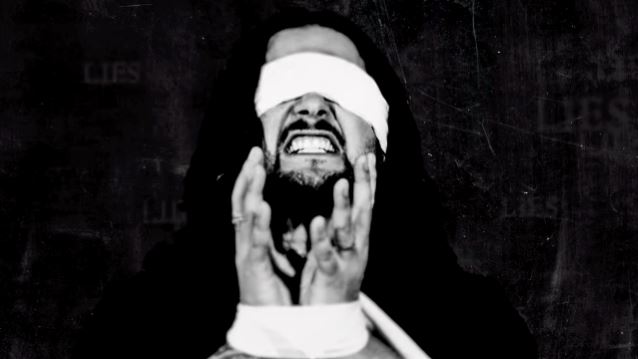 The official video for the song "Breaching The Asylum" from Montreal-based death metallers KATAKLYSM can be seen below. The track is taken from the band's new album, "Of Ghosts And Gods", which will be released on July 31 via Nuclear Blast. The cover artwork for the follow-up to "Waiting For The End To Come" was created by up-and-coming dark and macabre artist Art By Surtsey and can be seen below.

Says KATAKLYSM frontman Maurizio Iacono: "'Breaching The Asylum' is a video depicting the different religions, cults and ideology that control most of our society. The song questions the need for humanity to belong to something greater than the physics of the universe and the dangers of its fanatics to silence free will."