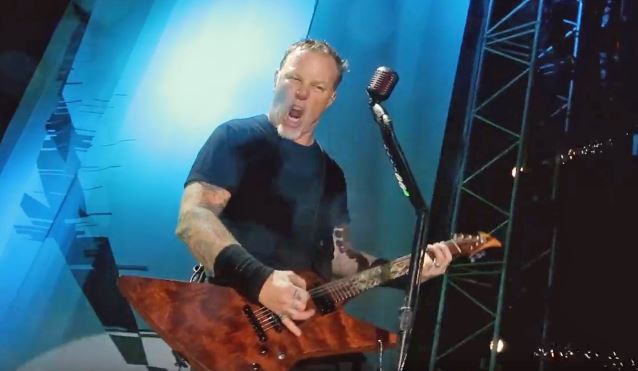 METALLICA's official video for the song "Lords Of Summer" can be seen below. The clip was directed by the band's very own videographer Brett Murray.

The bonus track on METALLICA's new album, "Hardwired... To Self-Destruct", "Lords Of Summer" was first performed live in March 2014 at a concert in Bogota, Colombia. A limited 12-inch vinyl single of the song was released in November of that year. The single featured the "first pass" studio version of the song as well as a live take recorded in Rome in July 2014. This collectable vinyl was only made available through independent record stores and Metallica.com.

Due on November 18, "Hardwired...To Self-Destruct" consists of two discs, containing a dozen songs and nearly 80 minutes of music. The long-awaited follow-up to 2008's "Death Magnetic" was produced by Greg Fidelman with frontman James Hetfield and drummer Lars Ulrich. The band recorded the disc at its own studio.