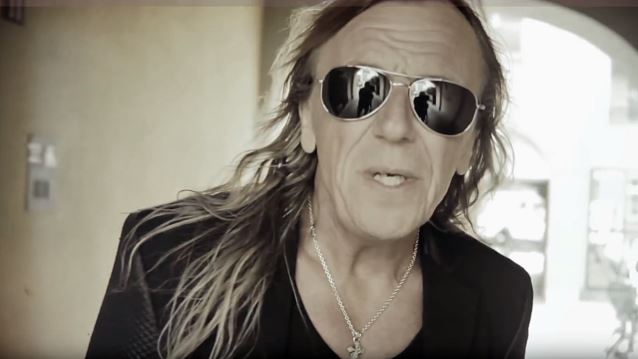 "Face The World", the new video from Danish hard rock veterans PRETTY MAIDS, can be seen below. The song is taken from the band's upcoming album, "Kingmaker", which will be released on November 4 via Frontiers Music Srl.

PRETTY MAIDS' last release was 2014's "Louder Than Ever", a collection of new songs and re-recorded tracks from the band's past albums. The CD included eight re-recorded classic songs from the 1995-2006 era, plus four brand new songs specially written for this record and a special bonus DVD including archive footage from the '80s and brand new interviews.

Regarding the PRETTY MAIDS lyric-writing process, frontman Ronnie Atkins told Myglobalmind in a 2013 interview: "Well, it's often that the atmosphere of the song sort decides which direction the lyrics will take. I'd always preferred to write about something that most people could relate to, not being political in trying to take people in any direction or inspire them to. But there's so much shit going on in this world that there's plenty to write about. But let me state I'm no, and don't pretend to be some sort of, Dylan or Lennon! [Laughs] After all, we've always seen ourselves and what we do as merely entertainment and not pretending to be highly intellectual." 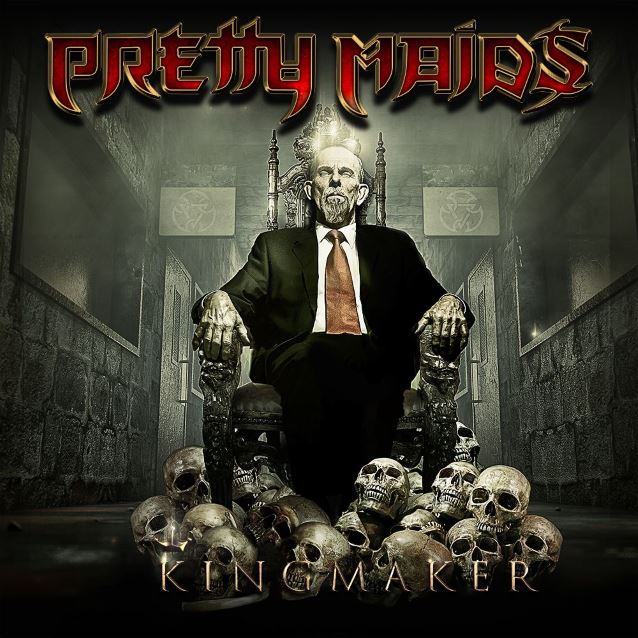