Video Premiere: PRIMAL FEAR's 'The End Is Near'

"The End Is Near", the new video from German power metallers PRIMAL FEAR, can be seen below. The song is taken from the band's new studio album, "Rulebreaker", which will be released on January 29, 2016 via Frontiers Music Srl. The effort will be made available in CD, deluxe CD/DVD and — in collaboration with Soulfood Music in Germany — on vinyl and a special super-limited vinyl edition featuring an eagle head on the vinyl.

After the massive "Delivering The Black" world tour, PRIMAL FEAR started the songwriting in spring 2015 and recorded at Hansen Studios in Denmark, with producer/bassist Mat Sinner and engineer Jacob Hansen (VOLBEAT, PRETTY MAIDS, AMARANTHE). Mat Sinner adds: "We learned a lot during the 'Delivering The Black' sessions and the following world tour. We tried to put this know-how and all the positive energy into the songs and production of 'Rulebreaker'. Working the second time with Jacob Hansen and even recording in his studio, gave another dimension to our sound, plus the recording comeback of founding member Tom Naumann was the right move."

Classic and ultra-fresh PRIMAL FEAR have created riff-rockers like the album opener "Angels Of Mercy", and groove monsters "The End Is Near" and "Bullets And Tears", which hit the bulls-eye from the beginning. The album features another untamed speed killer "In Metal We Trust" and the metal anthem and title track "Rulebreaker". The melodic and unique ballad "The Sky Is Burning" shows a different side of PRIMAL FEAR with a new vibe and a monster chorus. And of course, PRIMAL FEAR included again an 11-minute plus prog metal tour de force entitled "We Walk Without Fear", spiced with big orchestral arrangements and complex sound designs. 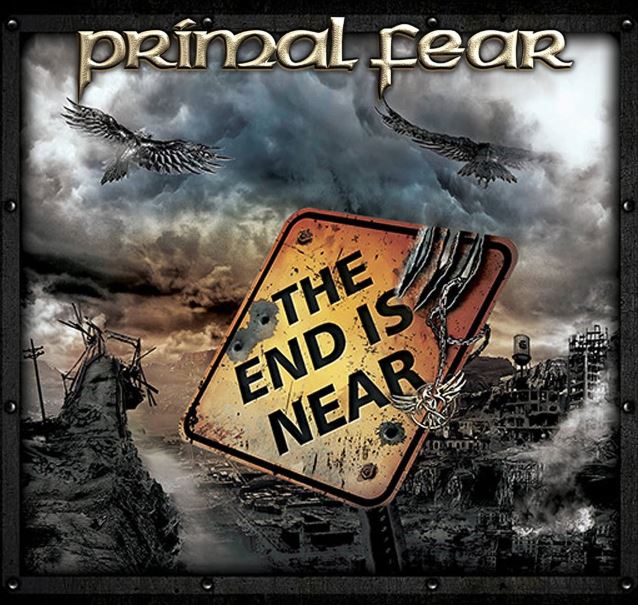