"Refuse The Lie", the new video from VEHEMENT SERENADE, can be seen below. The clip is set to the backdrop of structural waste lands in the ruins of Detroit — a city once heralded as "the new Paris" and the model of the American working middle class.

The band's choice for this location is no mistake, as Detroit continues trending worldwide as it files for bankruptcy, watches former mayor begin prison term, and remains one of the most deadly major cities in the nation.

Performing in a raw fashion directly in lost structures it becomes obvious the heart of this once great city has led now to one of loss — loss of homes, industry, business, and faith, ultimately pulling back the curtain and revealing the bitter vision of where America itself is heading in this continued recession fueled by the greed of the elite.

"Refuse The Lie" brings awareness visually to these topics with a soundtrack instead of the standard associated rhetoric, hence bringing consciousness to the idea of change through the video's twisted journey.

VEHEMENT SERENADE is the melting point for some of hardcore and metal's premier acts, creating a pedigree that resembles something closer to a supergroup than a modern hardcore/metal hybrid.

"Refuse The Lie" is taken from VEHEMENT SERENADE's debut album, "The Things That Tear You Apart", which was produced by Joey Z of LIFE OF AGONY at Method Of Groove Studios> in Brooklyn, New York and features guest appearances by Freddy Cricien (MADBALL),Kev One (BULLDOZE),Bobby Hambel (BIOHAZARD) and backing vocals by George (AGENTS OF MAN),Lou Koller (SICK OF IT ALL) and Jorge Rosado (MERAUDER).

"The Things That Tear You Apart" track listing:

In a recent interview with Live High Five, Couls stated about VEHEMENT SERENADE's sound: "The beauty of the whole band is that there are all these pieces and elements of everything we've done, but it doesn't sound like any group we've ever played in. You couldn't pick any one group or one sound, and you couldn't pigeonhole it in any way. It just has a lot of diverse elements from a lot of talented musicians, and when we come into a room together, it's pretty easy. It's one of the least painstaking writing processes I've ever been a part of. Everyone's friends, and everyone knows their instruments, and it's a joy to play together." 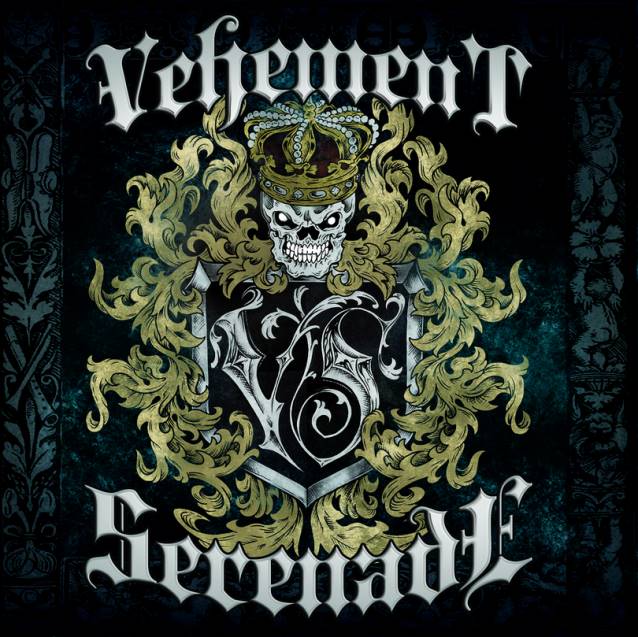