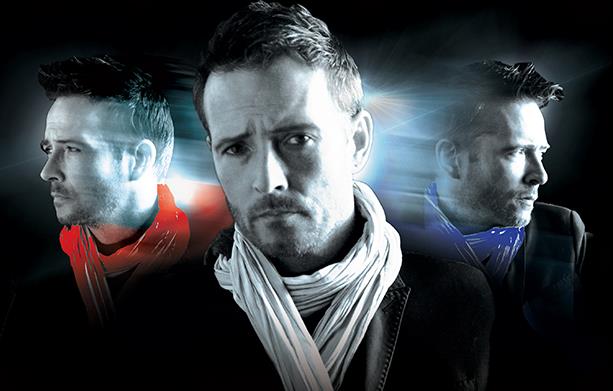 A TMZ video report on the incident last week when it was determined that a Scott Weiland impostor had been busted by the Beverly Hill Police Department after shoplifting some razors from a Rite Aid can be seen below.

The former STONE TEMPLE PILOTS singer (pictured) is not behind bars in a Los Angeles jail, despite a report that he was incarcerated and even confirmation from the Beverly Hill Police Department that he had in fact been arrested. The Los Angeles County Sheriff's Department had informed The Wrap that it was holding a man named Scott Klein Weiland, who even reportedly looked like the ex-STP frontman, but was not in fact him.

The bizarre series of events began with a report by TMZ that Weiland has spent the last month in jail after being arrested on a charge of methamphetamine possession. The singer was allegedly picked up in late July after stealing razors from a Rite Aid in Beverly Hills, with police finding meth on him after they searched him.

But it soon became clear that something was amiss when Weiland himself posted a video message on Facebook from inside a recording studio, where he said he had just read "a nice piece of fiction from TMZ saying that I was in jail and have been for a month. I've actually been touring, writing and recording my new album, at the studio we're in right now, a Los Angeles studio. So all I have to say to our fans is whether you find it funny, or interesting, or whether you're sad, don't worry, don't fret. It's a lie. TMZ, you'll be hearing from my attorneys. Thank you."

TMZ later updated its initial report, saying that the Sheriff's Department had confronted the individual it was holding and determined that he was not Scott Weiland the singer.

Weiland, who just last month said in an interview that his days of using drugs were long behind him, was arrested several times earlier in his career for drug possession. His battles with addiction sidelined STP's career for a number of years.

After reuniting with STP in 2008 just as he was dismissed from the band VELVET REVOLVER, Weiland was also let go from STP last year, allegedly because of erratic behavior.