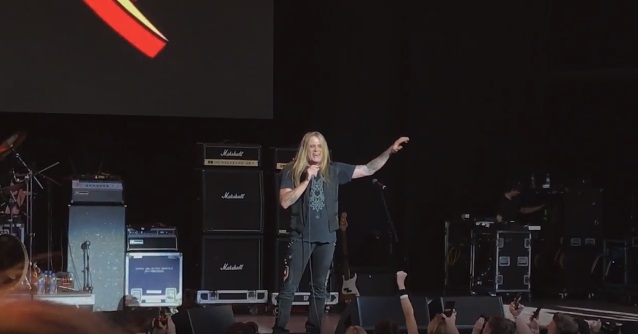 Fan-filmed video footage of Sebastian Bach's May 5 performance at the M3 Rock Festival at the Merriweather Post Pavilion in Columbia, Maryland can be seen below (clips uploaded by YouTube user Jennifer Harrell).

Bach recently began "cutting demos" for one of the tunes for his next studio album. According to the former SKID ROW singer, the song was written by former MARILYN MANSON and current ROB ZOMBIE guitarist John 5, "and it rips."

Sebastian previously stated that "the mission" of his next record "is to capture a cool vibe, and I think that really involves live drummers playing — not just a drum machine, which seems to be too pervasive today in music."

According to Bach, he is still "in the writing and demoing stage" for the follow-up to 2014's "Give 'Em Hell". "I'm in the process of changing record labels," he said. "My manager, Rick Sales, wants me to have a good demo that he can take to people to play for them. Right now we have seven songs. Two of them are by John 5, and I also have Steve Stevens [BILLY IDOL] sending me some tunes, and Billy Morrison [BILLY IDOL]. And Brent Woods [VINCE NEIL]. And we will see which riffs make the cut."

Sebastian also talked about the inspiration for his forthcoming album. He explained: "My tastes have changed a bit since my doctor told me that if I wanna keep my hearing in great shape, I have to turn the music down sometimes. He told me this a couple of years back. And since he told me that, I've taken his advice and I don't crank my music as loud as it will go anymore, and that's all I can tell you. So I've gotta make a record that I like. So I don't think it's gonna be a death metal record; I think it's gonna be more uplifting and fun. And also real people playing real music — that's very important to me."

Bach was particularly thrilled to be once again working with John 5, whom he described as "just incredible. Everybody knows him and he is one of the greatest guitar players in rock and roll.

"Some people always want me to reunite with the old band, but think of it this way — I get to make records with John 5. So that's pretty amazing," he added. 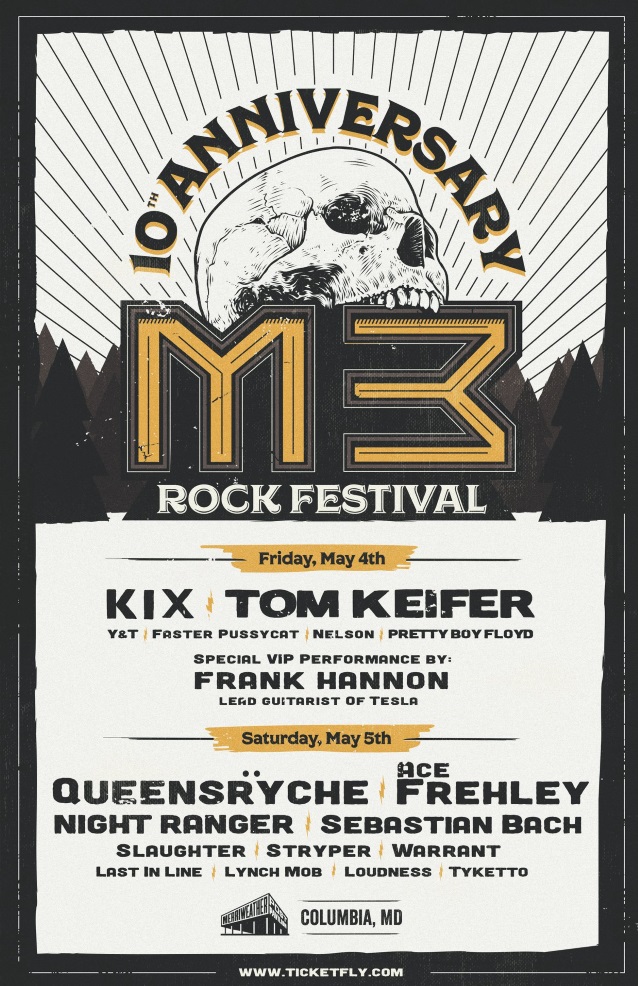