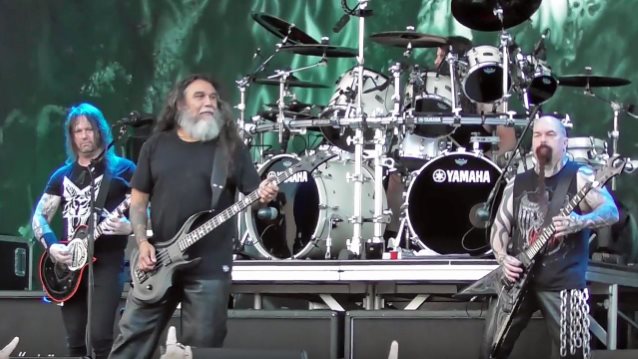 Fan-filmed video footage of SLAYER's June 26 concert at the Gröna Lund amusement park in Stockholm, Sweden can be seen below.

Kerry King recently once again said that he was "definitely open" to having fellow SLAYER guitarist Gary Holt contribute to the songwriting on the band's next album.

Holt did not write any of the music on SLAYER's last album, 2015's "Repentless", although he did lay down guitar solos on most of the record's twelve tracks.

In an interview with Brazil's Wikimetal, King confirmed that there is a chance that Holt will be more involved with the creative process next time around. "It's a possibility, for sure," he said. "We haven't really talked about that. I mean, the ideas have come up, but then I know Gary's still full-heartedly into making EXODUS records. I think if the opportunity arises, I'm definitely open to it, but I also understand that we've got a band to write music for as well. So I'm not against it. It's just something that we haven't come to that bridge yet."

Kerry previously told LA Weekly that part of the reason Holt wasn't invited to write any material for "Repentless" was the fact that not enough time had passed since Hanneman's death. "I thought a long time about this, but I didn't think SLAYER fans were ready for that yet," he said. "Even though Gary's a household name in thrash, I didn't feel that the first SLAYER record without Jeff should have Gary Holt contributing as a writer." 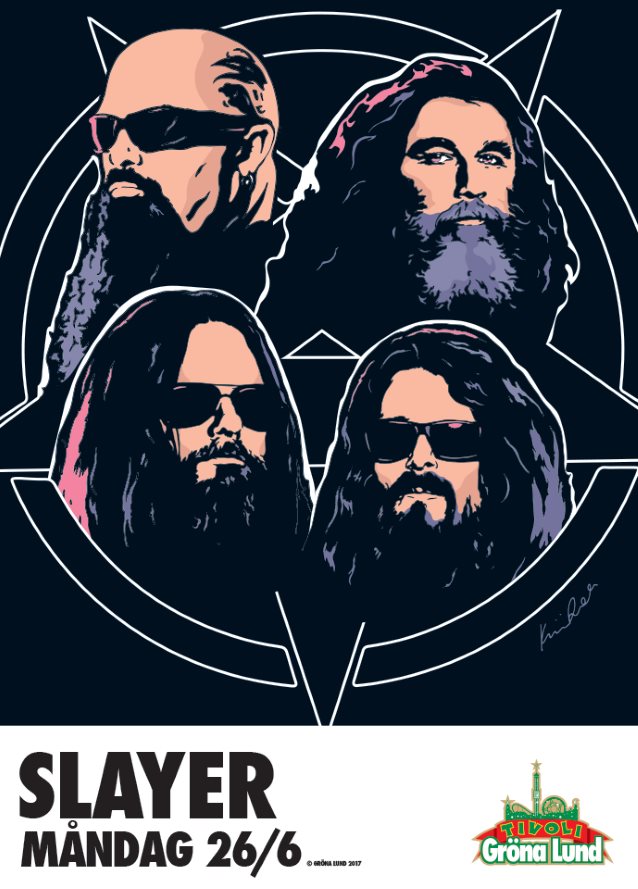