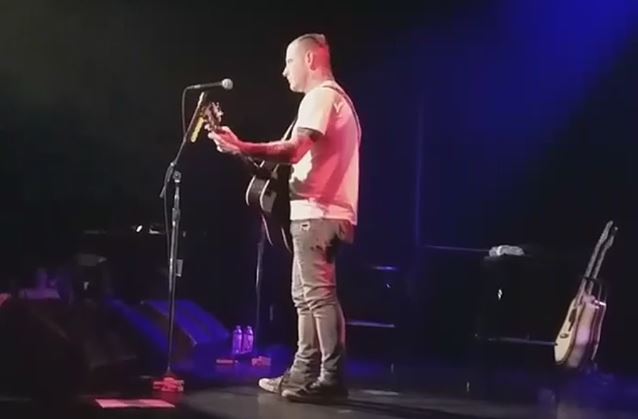 Taylor told the audience: "In a world where so many people treat music like a commodity, it was always refreshing to know that there was always Prince. There was alwaysPrince. And he may be gone, but we have a lifetime of music."

Taylor also performed Prince's "Little Red Corvette" as he has done at previous solo shows. You can watch video footage of that performance below as well as on Corey's Facebook page.

Prince died earlier today (Thursday, April 21) at the age of 57.

"It is with profound sadness that I am confirming that the legendary, iconic performer, Prince Rogers Nelson, has died at his Paisley Park residence this morning at the age of 57," said Prince's publicist, Yvette Noel-Schure.

Prince's death comes only days after he said he wasn't feeling well, causing the cancelation at least one concert in Atlanta. He eventually played a show in the city, after which his plane made an emergency landing. At the time, his publicist said that he was"fine and at home."

Prince has won seven Grammy Awards, and he won an Oscar for the original song score to the classic film "Purple Rain". In 2007, he won a Golden Globe Award for Best Original Song, for "The Song Of The Heart" from "Happy Feet".