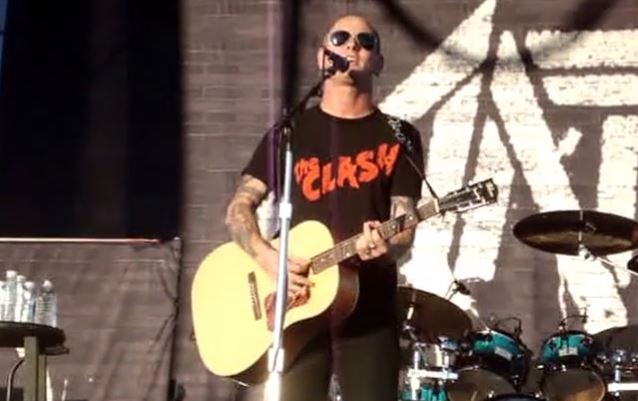 Fan-filmed video footage of Corey Taylor (SLIPKNOT, STONE SOUR) performing a solo set on July 25 at the Thunder Valley Casino Resort in Lincoln, California as part of the "Summer Concert Series 2014" can be seen below.

In a career now spanning 15 years, Corey Taylor has enjoyed chart-topping success, both with his face masked for Grammy-winning metal powerhousesSLIPKNOT and his soul bared for multiple Grammy nominees STONE SOUR. Taylor has authored a pair of best-selling books ("Seven Deadly Sins" and "A Funny Thing Happened On The Way To Heaven"),and makes his acting debut later this year alongside horror icon Robert Englund in Anchor Bay's "Fear Clinic".

SLIPKNOT has finished recording its fifth studio album and first since 2008's "All Hope Is Gone". The disc is also the band's first without late bassist Paul Gray, who died in 2010, and drummer Joey Jordison, who was dismissed in late 2013.

STONE SOUR has released one last lyric video from its conceptual double album "House Of Gold And Bones". The clip is for the title track, which appeared on the second of the two discs, and goes heavy on artwork from the comic books based on the album, which were issued last year by the Dark Horse Comics publishing company.

STONE SOUR completed most of the touring cycle for the "Gold And Bones" albums earlier this year, while also announcing the departure of guitarist Jim Root from the band lineup. 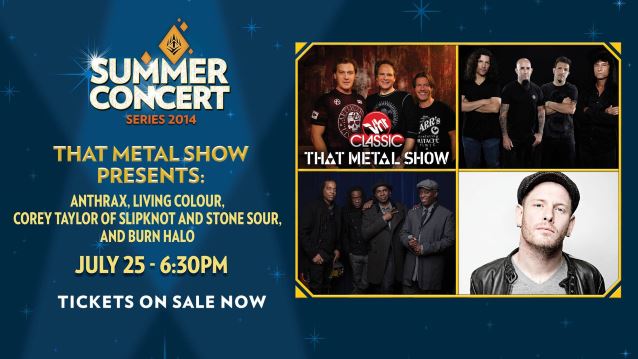