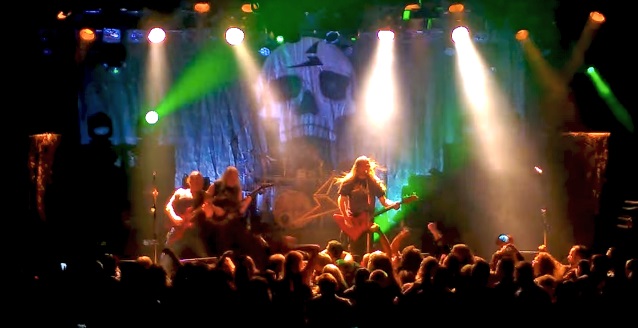 German thrash metal veterans SODOM were rejoined by former guitarists Josef "Grave Violator" Dominik (who was in the band 1984-1985),Frank "Blackfire" Gosdzik (1986-1989) and Andy Brings (1991-1995) during their 35th-anniversary show on December 26 at Zeche in Bochum, Germany. 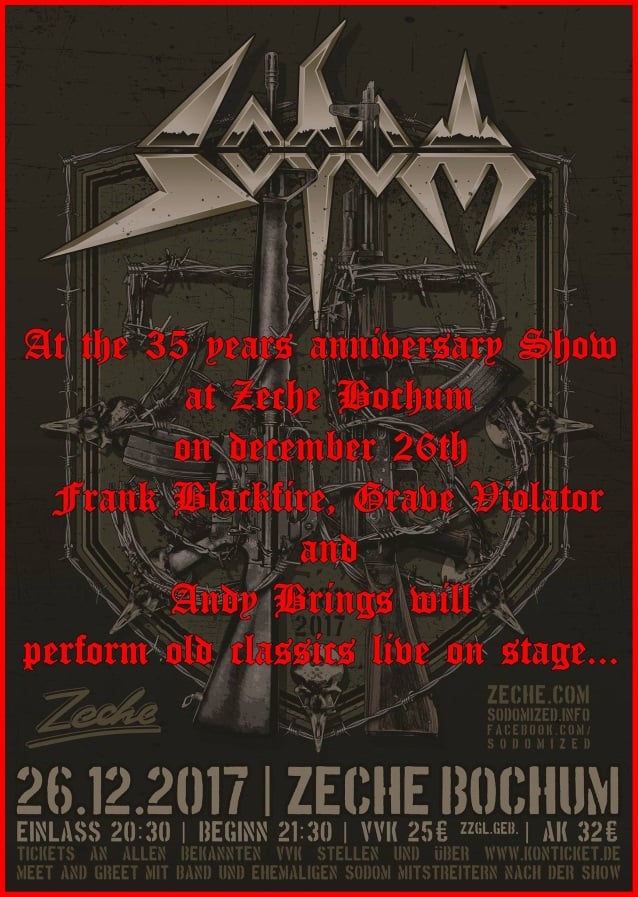