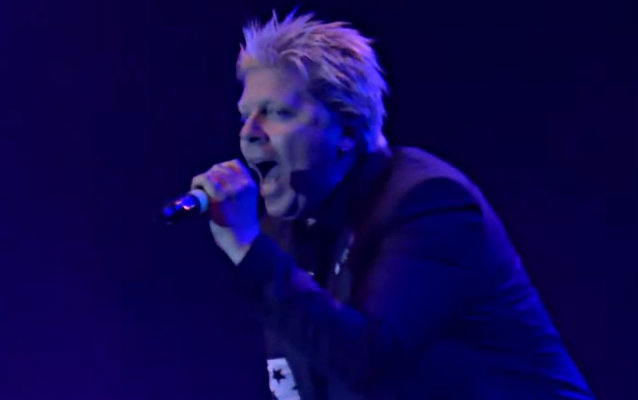 Video: THE OFFSPRING Kicks Off 'Smash' 20th-Anniversary Tour In Belgium

THE OFFSPRING is celebrating the 20th anniversary of its iconic album "Smash" by playing the LP in its entirety on tour in Europe this May, June and early July before finishing out the summer with U.S. "Smash" dates.

Fan-filmed video footage of the first show of the "Smash" 20th-anniversary tour, which kicked off on May 3 at the at Groezrock festival in Belgium, can be seen below.

This August, Epitaph will commemorate the anniversary with a special 20th-anniversary edition of "Smash".

Available now for pre-order via Offspring.com, this package will ship and be in stores in mid-August 2014 from Epitaph Records. The "Smash" 20th-Anniversary Edition will include the following:

In addition to special 20th-anniversary merchandise, the band is also offering a "collector's box" combo as a companion piece to the "Smash" 20th-anniversary edition. The box will feature both the CD/vinyl package and a curated collection of commemorative items including a custom wood box, art print, photo prints, pin, patch, replica pass and guitar pick. A pre-order for is available now via Offspring.com.

"Smash" has sold over six million copies in the United States alone — certified 6x platinum by the Recording Industry Association Of America. Having shifted 11 million copies worldwide, "Smash" is the best-selling independent label album of all time.

"Smash" was an impactful and immediate hit when released in 1994, making a place for the band in an exciting and significant time for alternative music. The album's first single, "Come Out And Play", hit No. 1 on Billboard Modern Rock Tracks chart. The follow-up single, "Self Esteem", peaked at No. 4, and "Gotta Get Away" hit No. 6 on the Billboard Modern Rock Track Charts. 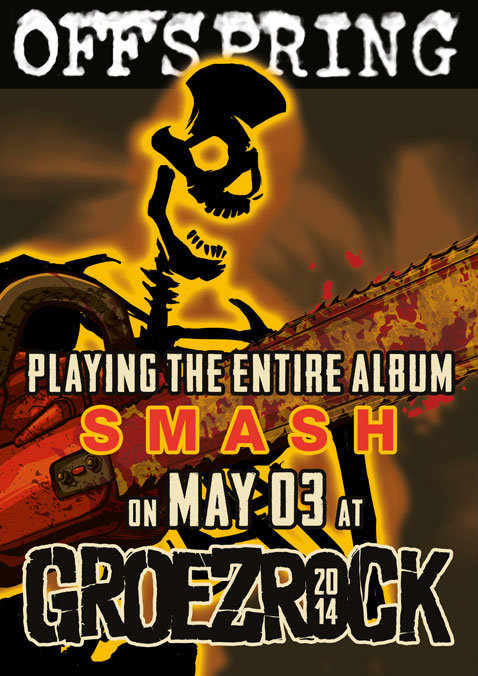