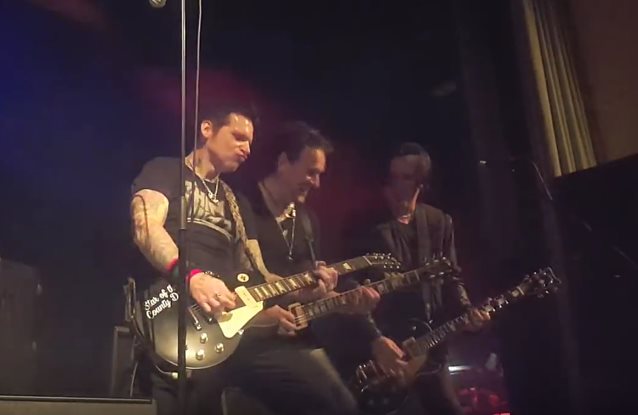 DEF LEPPARD and LAST IN LINE guitarist Vivian Campbell joined RICKY WARWICK & THE FIGHTING HEARTS on stage on November 26 at the WinterStorm festival in Troon, Scotland, United Kingdom to perform THIN LIZZY's classic song "Jailbreak". Fan-filmed video footage of his appearance can be seen below.

Vivian has credited his stint as the touring guitarist for THIN LIZZY five years ago for inspiring him to launch LAST IN LINE, whose initial intent was to celebrate Ronnie James Dio's early work by reuniting the members of the original DIO lineup. After playing shows that featured a setlist composed exclusively of material from the first three DIO albums, the band decided to move forward and create new music in a similar vein.

Vivian told Rock Cellar Magazine: "In early 2011, I was a stunt guitar player for THIN LIZZY for a few months. DEF LEPPARD took all of 2010 and by the middle of 2011, Scott Gorham called me and asked if he could borrow me for a while to do a European tour with THIN LIZZY, and I jumped at the chance.

"THIN LIZZY were a favorite band of mine in my formative years. When I was a teenager and really honing my craft and finding my style as a player, THIN LIZZY's music was probably what I disseminated more than anything else and the guitar players in THIN LIZZY were hugely influential to me; Scott Gorham himself, Brian Robertson, and in particular through my love of THIN LIZZY, I discovered Gary Moore for the first time. Gary was probably my ultimate guitar hero. So being onstage for a few months with Scott Gorham and Brian Downey and playing the songs and riffs of my youth, it really reconnected me with my instrument."

A member of BLACK STAR RIDERS and THIN LIZZY, Warwick released two solo albums in February. "When Patsy Cline Was Crazy (And Guy Mitchell Sang The Blues)" and the acoustic "Hearts On Trees" were made available as a double CD via Nuclear Blast Entertainment. 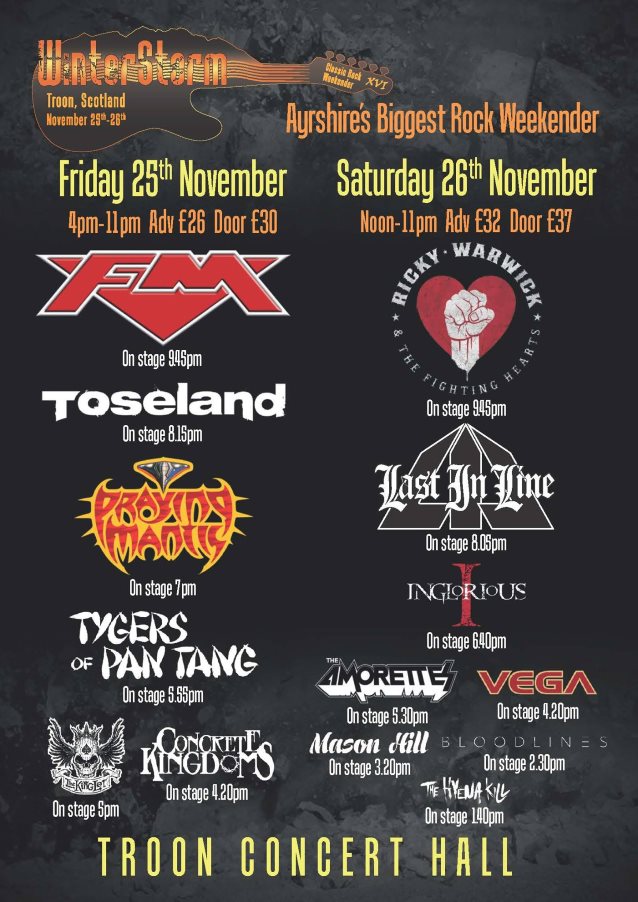