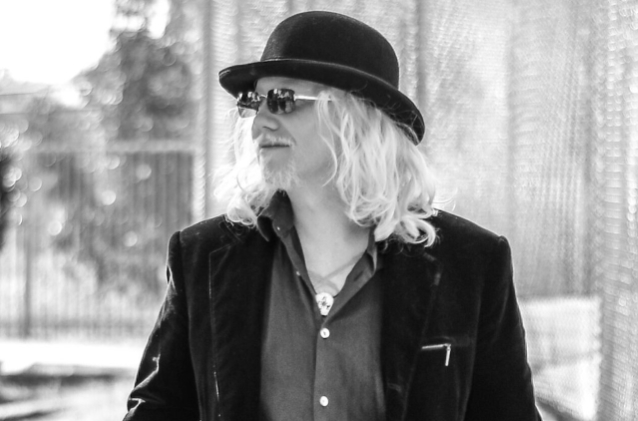 VIMIC frontman Kalen Chase has released the official music video for his new solo single, "Good Things", featuring Brian Viglione of THE DRESDEN DOLLS on drums. Check it out below.

"The inspiration for 'Good Things' was just one of those magic moments where I was in a bad mood, and my wife said something like, 'Y'know, there's good things happening,' and I said 'Well, they're not happening now,' and walked away," Kalen told American Songwriter. "That's where the line of 'good things are happening somewhere, but not happening here today' came from, then I did my usual thing of writing filler."

Chase originals "While You Hide, Dear God" and "All In All" can be found on collaboration project "Sad Atoms Presents Hifi Americana", released in March 2020. "When The Sun Comes Up", an impromptu acoustic single also released in March 2020, was written to inspire a little hope in the madness as quarantine began to set in.