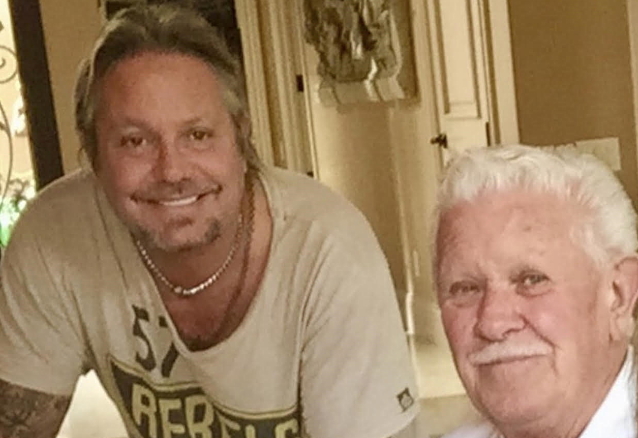 Neil announced his father's passing in an Instagram post earlier today (Saturday, March 6). He wrote: "With a broken heart I'm sad to say, we lost a beautiful man last night, my Father Clois Odell Wharton, our beloved 'Odie'. He died peacefully surrounded by loved ones. He was 83 years young.

Wharton's death comes two and a half years after the passing of Vince's mother. A month before her death, the singer revealed that she was in the hospital "battling stage four cancer."

MÖTLEY CRÜE's "The Stadium Tour" with DEF LEPPARD, POISON and JOAN JETT & THE BLACKHEARTS was originally scheduled to take place last summer but ended up being pushed back to 2021 due to the coronavirus pandemic which is sweeping the globe.