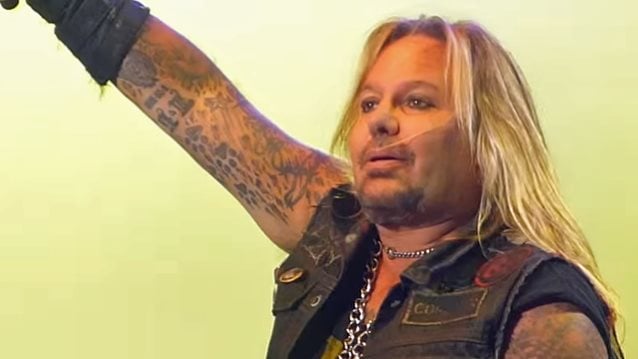 VINCE NEIL On Still Performing MÖTLEY CRÜE Music: 'I Love Singing, And I Love The Fans' Reactions When They Hear The Songs'

Vince Neil says that he still enjoys performing MÖTLEY CRÜE's music live, regardless of the size of the venues he plays with his solo band.