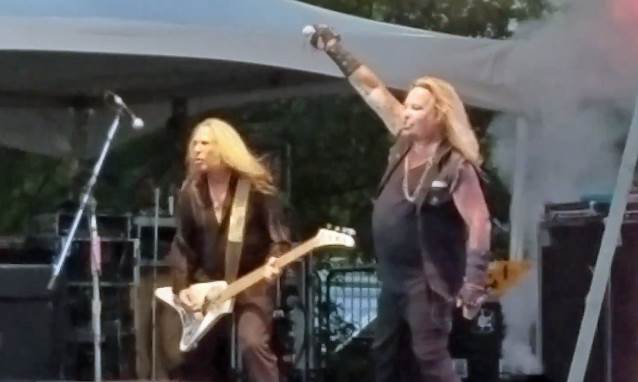 MÖTLEY CRÜE singer Vince Neil headlined the second day of the 2018 Dundalk Heritage Fair on June 30 in Dundalk, Maryland. Fan-filmed video footage of the concert can be seen below (courtesy of Rock N Roll Experience).

A tour film about CRÜE's final shows, "The End", came out last fall, and a film adaptation of the band's 2001 autobiography "The Dirt" is in the works.

Speaking to "Trunk Nation", Eddie Trunk's show on SiriusXM channel Volume (106), Vince acknowledged that he is currently the only member of MÖTLEY CRÜE who is waving the flag for the band's music by performing CRÜE songs as a solo artist.