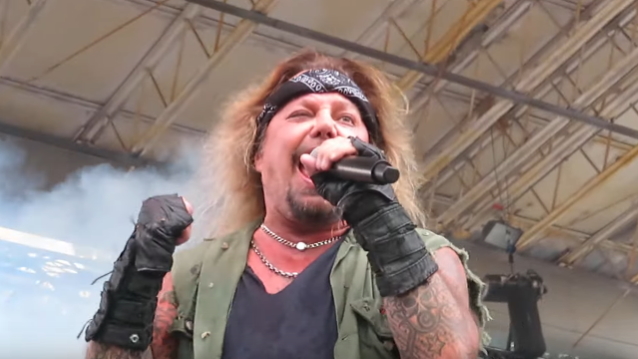 Neil's appearance at the Red River Valley Fair is raising eyebrows with CRÜE fans who are concerned that the band's "The Stadium Tour" will once again be postponed after it was originally scheduled to take place in the summer of 2020 but ended up being pushed back to 2021, and then to 2022, due to the coronavirus crisis. As it stands, Vince is scheduled to perform with MÖTLEY CRÜE one day before the Red River Valley Fair, on July 15, in Cincinnati, Ohio at Great American Ball Park and again one day after the West Fargo gig, on July 17, in Milwaukee, Wisconsin at American Family Field.

Last month, Nikki Sixx said that MÖTLEY CRÜE is still on track to finally launch its long-awaited reunion this year. The bassist addressed the status of "The Stadium Tour" while answering a fan question on Twitter. Responding to a fan who wrote, "I'm hopefully going to see The Crue in Houston Tx Aug 2022!", Sixx said, "We 100% plan on touring in 2022. See ya at the show."

This past October, Sixx told Germany's Radio Bob! that he and his CRÜE bandmates will "start rehearsals in May" for "The Stadium Tour" — which also features DEF LEPPARD, POISON and JOAN JETT & THE BLACKHEARTS. "I start training in December," he said. "Now it's down to hard work, getting ready, getting the band into rehearsal.

"We rehearse really hard because we will take a song like 'Dr. Feelgood' and while we're building the show — let's just say the show is… all the lights are moving, they're green and they're slowly moving — we'll build a whole intro in and design the lights and the lasers around that," he explained. "So it's a long process and tedious. So we go to rehearsal and we might need to build in those 32 bars. And then we've gotta work with the lighting and the laser company. And then we've gotta make sure everything is organized so we get our count-ins for where we need to be onstage. So there's so much going on." 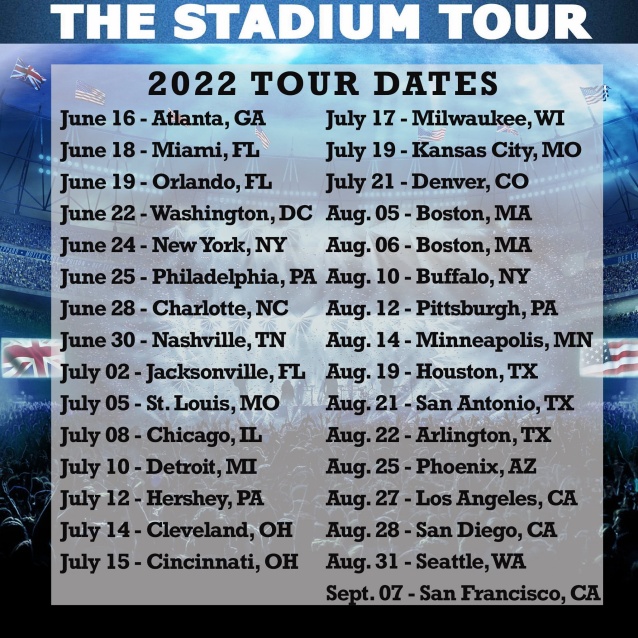