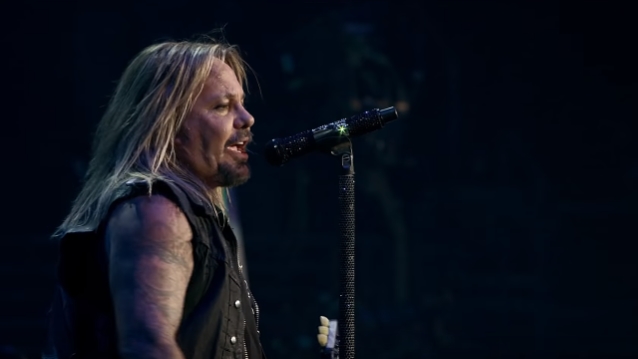 According to The Blast, lawyers representing Vince Neil in his assault lawsuit are accusing the MÖTLEY CRÜE singer of refusing to pay their invoices.

On December 6, Neil's lawyers at Howard & Howard Attorneys, PLLC filed court documents claiming that they are owed $187,364.01. They are requesting the judge allow them to hit Vince with a lien in that amount.

Despite Neil's alleged failure to pay his attorneys, they say they have continued to work on the lawsuit, which was filed back in 2016 by a woman who said Neil attacked her outside the Aria hotel in Vegas. Neil's alleged assault resulted in "substantial medical expenses, lost wages, pain and suffering, and emotional distress," according to the lawsuit. She was seeking $75,000 in compensatory damages in addition to $75,000 in punitive damages and legal fees.

Neil has demanded the case be thrown out, denying the allegations of wrongdoing and accusing the woman of only seeking publicity.

This wasn't Vince's first brush with the law. Back in 2011, he served 10 days of a 15-day DUI sentence in connection with a June 2010 incident when he was speeding and weaving between lanes on Desert Inn Road west of Paradise Road, near the Las Vegas Strip, authorities said.