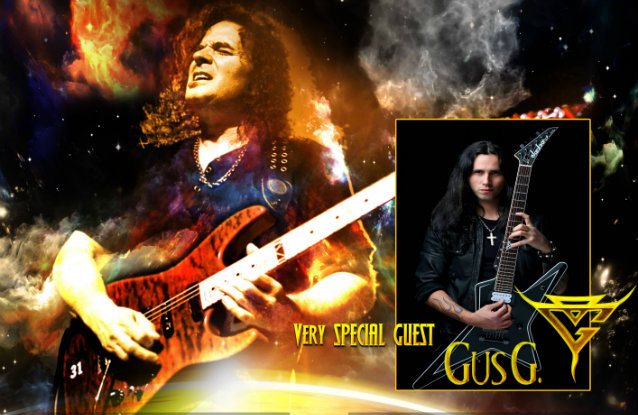 Guitar wizards Vinnie Moore (UFO) and Gus G. (FIREWIND, OZZY OSBOURNE) will hit the road for some shows together in November and December. This is Moore's first solo tour since 2015, and will mark the first time these two powerhouse players have toured together. The show will feature music from both guitarists' impressive catalogs.

Says Vinnie: "Gus and I met years back in Greece. I brought him up onstage to jam a couple tunes with me and we had a great energy together and had a blast. I knew that night that I would like to do some shows with him at some point. He's a very talented guitarist. Am really looking forward to some Gunslingin' with Gus."

From his first release, "Mind's Eye", in 1987 through 2015's "Aerial Visions", Vinnie Moore has set the standard for instrumental guitar albums by delivering soulful songs that feature his signature crackling guitar solos along with memorable melodic lines.

Gus comments: "Touring with Vinnie Moore is yet another dream come true for me. His album 'Mind's Eye' has had a huge impact on me as I consider it somewhat as a shred guitar 'bible.' I spent countless hours learning his licks as a teenager. We met and got to jam few years ago and have become good buddies since. I'm looking forward to returning to the U.S. and playing guitar for you and sharing the stage with Vinnie! See you soon!"

Tour dates are as follows: 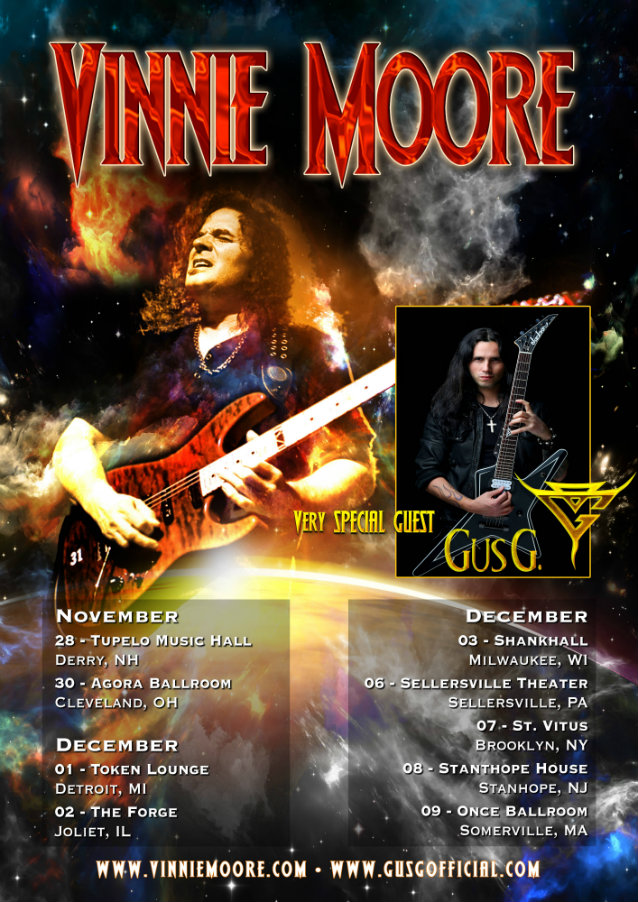