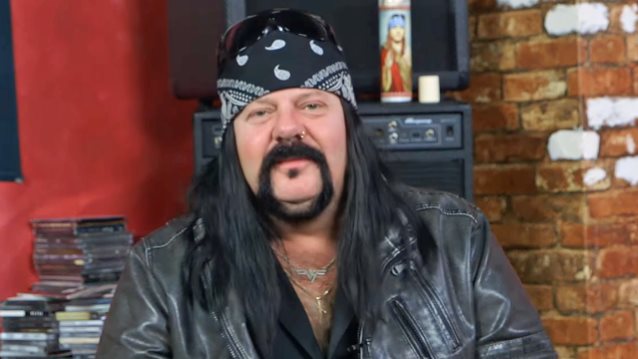 VINNIE PAUL: PANTERA's 'Southern Trendkill' Was 'The Most Chaotic, Most Unorganized' Record We Ever Made

Vinnie said (hear audio below): "Well, I don't revel in the past, so it had been a long time since I had listened to that record. And it was a really crazy record for PANTERA. I mean, it was the most chaotic, most unorganized, most against-the-grain record that we ever made, looking back at it, after being a part of the remastering and everything that was there. That being said, it came out at a time, in 1996, when rap metal was coming in, and I even remember us getting a phone call from the president of our label, saying, 'Hey, you guys need to… Be sure and start rapping on your record, add some rap to it.' And we just kind of laughed and said, 'Okay, we'll get right on that.' And anyways, that record was really designed as just a gigantic bird finger to the music industry at that time, and I think it really accomplished what it was all about."

Late PANTERA guitarist "Dimebag" Darrell Abbott's longtime girlfriend Rita Haney in 2011 called on Vinnie Paul and singer Philip Anselmo to settle their differences in honor of Dimebag, who was shot and killed by a crazed gunman while performing with DAMAGEPLAN at a Columbus, Ohio rock club in December 2004.