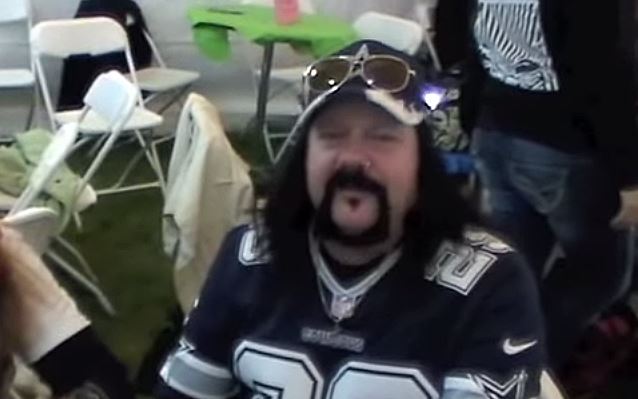 VINNIE PAUL's Advice To Aspiring Rock Musicians: 'Put Your Heart And Soul Into It'

Rock Rage Radio conducted an interview with former PANTERA and current HELLYEAH drummer Vinnie Paul Abbott at the inaugural installment of the Louder Than Life festival, which was held on Saturday, October 4 and Sunday, October 5 at Louisville Champions Park in Louisville, Kentucky. You can now watch the chat below.

Asked what advice he would give to up-and-coming musicians who are looking to break into the music business, Vinnie said: "It's very difficult. First of all, you really have to want it. You've gotta be willing to sacrifice just about everything in your life. And if you really believe in it, you've got about a ten-percent chance of getting lucky and getting somewhere, but that ten-percent chance does exist. So put your heart and soul into it and give it everything you've got, and more power to you."