VINNIE VINCENT's Upcoming Concert Will Be Half Unplugged, Half 'Full Shred' With Electric Guitar

Former KISS guitarist Vinnie Vincent has announced that his upcoming concert at Graceland, his first return to the stage in over 30 years, will be half unplugged, half "full shred" with electric guitar.

Vinnie said: "I've been paying attention to what the fans are writing and saying, and seeing how many fans want me to put on the electric guitar and shred on so many of the great songs we all know and love."

With many sections of the theater already sold out for the show, the concert at Graceland will start with an acoustic set, followed by an intermission, and then a full shred electric set. In addition to special guest Robert Fleischman, original vocalist for the VINNIE VINCENT INVASION, who will be joining Vinnie for several songs including "Back On The Streets", there will be more special guests, to be announced soon.

Vinnie will release a special promotional video for the Memphis show on Friday, September 28 at 12:00 noon PST to give fans a little taste of what to expect at the Graceland show, plus maybe a surprise or two.

Back in January, Vincent was joined by his Fleischman at the Atlanta KISS Expo 2018 to perform an acoustic version of the VINNIE VINCENT INVASION song "Back On The Streets". During the same event, Vinnie gave his first public interview in more than two decades, and said that he still feels "very strongly" about the two VINNIE VINCENT INVASION albums he released three decades ago, 1986's self-titled effort and 1988's "All Systems Go". However, Vinnie said that "the second record should have never happened. Rob [Fleischman] should have stayed with the project," he said. "The basic sound of that record was like [Jimmy] Page and [Robert] Plant — it was Rob and me. That first record was pretty red-hot. It was my vision; Rob singing; everything was just right. Second version of it should have been aborted, should have never happened. I had the power; I should have taken it. I should have called the shots, which should have been, 'Stop this. Revamp it. Go back, let me get the people I need.' The people that were involved with it at that time should have not been involved with it, but it was such a publicity machinery piece of... it was like a product. It was all publicity and hype. The songs I felt were really good, but I didn't feel the music came out to be... the records weren't what I would have done. I would have never settled on records like that. When I say records, the first one, yes; the second one, no; and that singer [Mark Slaughter, who sang on 'All Systems Go'] was unbearable as far as I'm concerned."

Vincent — who was a member of KISS when the band publicly "unmasked" in 1983 — has made several public appearances this year after spending the past two decades out of the public eye. He recently addressed rumors about his gender identity but declined to answer the question directly, explaining that he wanted to keep a mystique about the subject. He also said that he hopes to complete his autobiography "within a year." 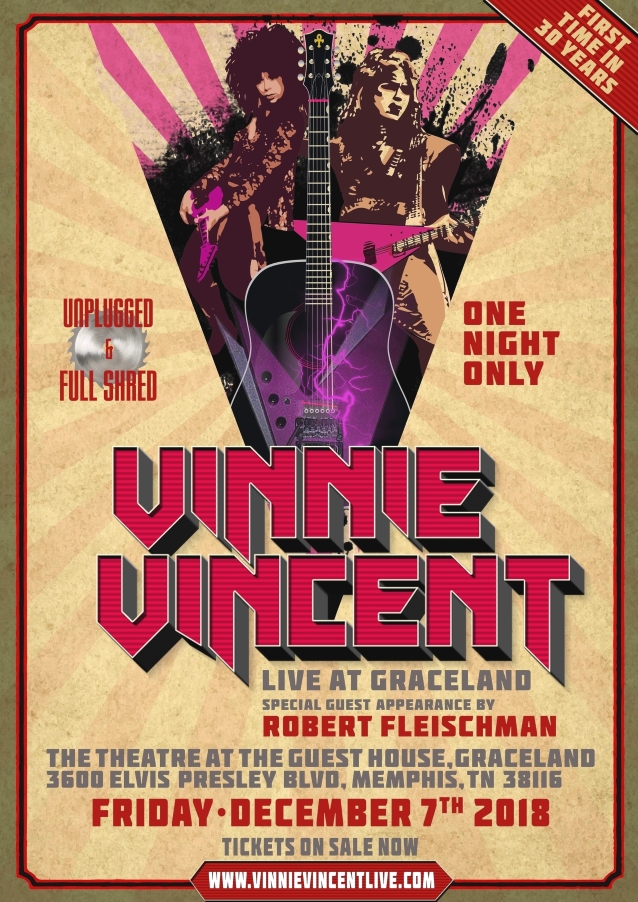