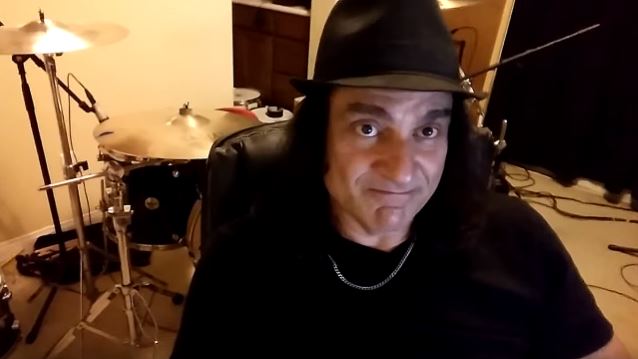 Over his fifty-year career, Ronnie James Dio's reputation as a gentleman, powerfully versatile vocalist and someone who always treated his fans with respect cemented him in the pantheon of rock and roll legends.

Asked by "The Chainsaw Symphony" if he ever saw Dio lose his temper or get really angry, the iconic singer's bandmate in BLACK SABBATH, DIO and HEAVEN & HELL, Vinny Appice, said (hear audio below): "Yeah, but it was for different things. I've seen him pissed off in the SABBATH situation when things [wrong], [laughs] when anybody gets pissed off. But I can count on my fingers how many times I've seen him — maybe three times that he was really pissed off. And that was about it. And a lot of the things were things that you should be pissed off about. Other than that, inside of this business, dealing with people, there's things you don't like and things you do like. But then outside to his fans, he was always there for them and always loved his fans and always took the time to meet them and sign autographs and remember their names and all that stuff."

Appice added: "In all the years I've known him, he never got pissed off at me or yelled at me. We might have had some words that we didn't agree on, but that's it."