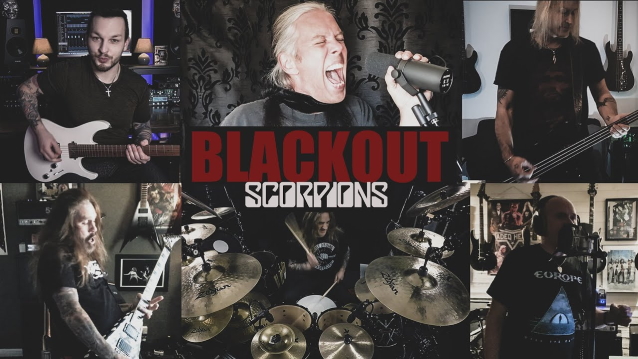 Members of VIO-LENCE, TYKETTO, U.D.O. and BONFIRE recently teamed up to record a quarantine cover version of the SCORPIONS classic "Blackout". You can watch the video below.

Two years ago, Demmel told the "In The Pitts Of Metal And Motor Chaos" podcast that MACHINE HEAD ended up becoming a Robb Flynn solo project toward the end of his time with the group. Demmel also said that the musical side of MACHINE HEAD took a sharp turn for the worse during the writing stage for "Catharsis", an album that he said he hated.

Last month, VIO-LENCE entered Trident Studios in Pacheco, California to begin recording its new EP, tentatively due in late summer via Metal Blade Records. Helming the sessions is producer Juan Urteaga, who has previously worked with TESTAMENT, MACHINE HEAD and EXODUS, among many others.

Vaughn's first solo album in eleven years, "Myths, Legends & Lies", came out in June 2019. Danny described the effort as "the music I make when left to my own devices."

TYKETTO's debut album, "Don't Come Easy", is considered a landmark release amongst melodic hard rock albums of the late '80s/early '90s. While the band has continuously put out quality recordings over the years, fans and critics alike hold the debut album in especially high regard.