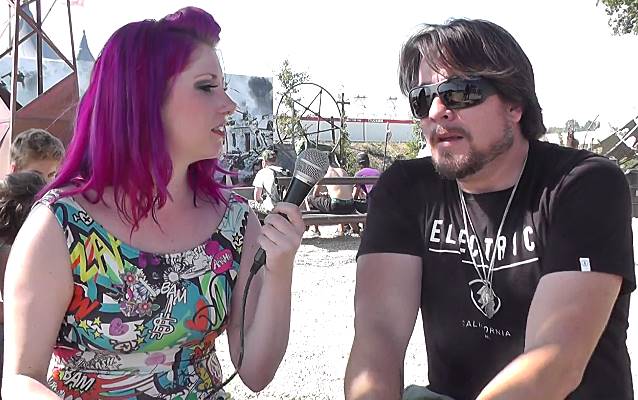 TotalRock Radio conducted an interview with former KYUSS and current VISTA CHINO frontman John Garcia at this year's Hellfest, which was held June 20-22 in Clisson, France. You can now watch the chat below.

Garcia will release his self-titled solo album on August 1 via Napalm Records. The CD was recorded at Thunder Underground studios in Palm Springs, California with producers Harper Hug and Trevor Whatever.