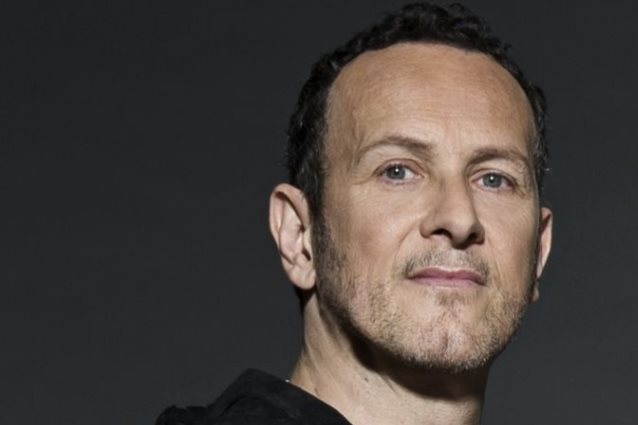 VIVIAN CAMPBELL: I'm Saddened That RONNIE JAMES DIO And I Never Had A Chance To Make It Up

Former DIO and current DEF LEPPARD guitarist Vivian Campbell says that is "saddened" that he and Ronnie James Dio "never had a chance to make it up" after their bitter split three decades ago.

Campbell and Ronnie James Dio worked together on the first three DIO albums 1983's "Holy Diver", 1984's "The Last In Line" and 1985's "Sacred Heart" — before Irishman Campbell left to join WHITESNAKE in 1987.

Vivian, along with drummer Vinny Appice and bassist Jimmy Bain, was part of the original DIO lineup, which reunited in 2012 alongside singer Andrew Freeman to form LAST IN LINE.

During an appearance on the "Rock Talk With Mitch Lafon"podcast, Vivian spoke about his relationship with the legendary heavy metal singer who passed away in 2010 after a six-month battle with stomach cancer.

"In many ways, I'm kind of saddened that Ronnie and I never had a chance to make it up," Vivian said. "Because I know that there was a part of Ronnie that was really dark and really angry, but I know that there was another part of him that was really sweet and forthcoming. And I think that under the right circumstances, Ronnie and I would have sat down and had a beer and made our peace and we could have even worked together again, and it would have been great. But, you know, there's a lot of gatekeepers in this industry, and one of the things that they do very, very well is keep people apart. So it wouldn't have happened as long as those gatekeepers were there. That's my point."

Campbell also talked about the progress of the songwriting sessions for LAST IN LINE's follow-up to 2016's "Heavy Crown" debut. He said: "We're about fifty percent into the LAST IN LINE album; we've got about fifty percent of it written. We begin in the next couple of weeks to do some more shows and we'll do some more writing. We actually have a start date. We'll go back in the studio, again with Jeff Pilson [FOREIGNER, DOKKEN] to produce, we start on September 11, I believe — [that's] our first tracking day. But given Jeff's schedule and our schedule, it probably won't be delivered until December, so it would be early 2018 before it gets out. But it is coming. And the new songs are really interesting. I can really hear the growth of the band and the growth of the style and the songwriting. Some of the arrangements are a bit more complex than they were on the first album, and it's been a real joy."

Ronnie James Dio made headlines in 2007 when a clip of him surfaced calling Campbell "a fucking asshole" and "a piece of shit." Although Vivian has since expressed regret over referring to Dio as "one of the vilest people in the industry," the guitarist has consistently maintained that he was wronged by the now-deceased vocalist.

In a May 2011 interview with Brazil's Roadie Crew magazine, Dio's widow and manager Wendy stated about the controversy surrounding Ronnie's relationship with Campbell: "[Vivian] always said that he hated all the albums that he played on with Ronnie, and that was very hurtful to Ronnie. Very hurtful. Would you like someone who said something like that about your albums? He said a lot of things in the press that I don't wanna get into, because it really wasn't Ronnie's feud at all. Ronnie didn't fire him. I fired [Vivian]. He wanted as much money as Ronnie wanted. He thought he was as important as Ronnie was, and that was just wrong. But I don't wanna get into that. It's water under the bridge. It doesn't matter."