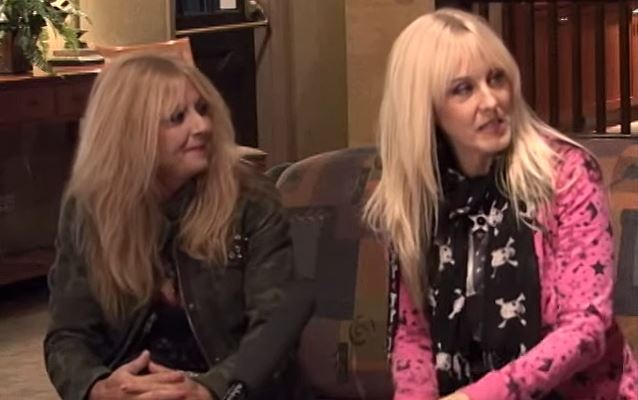 On September 12, Mike Preston of Psycho Babble TV conducted an interview with VIXEN bassist Share Ross and guitarist Gina Stile in St. Charles, Illinois. You can now watch the chat below.

Asked about the progress for the songwriting sessions for VIXEN's next studio album, which is tentatively due in 2015, Gina said: "It's different nowadays. I mean, we all, kind of… Some of us work [a full-time job away from the band]. Janet [Gardner, vocals] works; she's actually a dental hygienist and Roxy [Petrucci, drums] doesn't work; Roxy is a rock star. But I'm really so proud of us, because we played a whole summer's worth of shows — like, very weekend — and we're working, we have our family, we have our houses, and we're able to kick ass. It's wonderful experience to just get up on stage and have that weekend where you feel like you again. So over the winter, when we get a little bit slower, we're gonna… I mean, I think we already have about six songs that we can choose from, but we wanna get at least 15 and then, boom, make a record."

VIXEN's forthcoming album will include one song dedicated to the band's guitarist and founder Jan Kuehnemund, who passed away in October 2013 after a battle with cancer.

Regarding what they are doing when they are not "rocking out," Share told Psycho Babble TV: "I have a lot of different stuff going on. I have a recording studio in Florida where we produce other bands and we mix bands; they send us their tracks and stuff. And then I also have a coaching business where I help people; it's life and business coaching. It's a lot of artists and writers and musicians and designers and things like that and creative entrepreneurs. So it's sort of like just helping them get a strategy; it's strategy and accountability and all that stuff."

As for Gina, she said: "I am a chemist, actually. I am an arty chemist for… I actually did skin care for 13 years, and now I am a nail polish guru. I design all the nail polish for some major companies, and I end up with color everywhere, color in my hair, nail polish everywhere. If anybody ever saw how I am, it's like I am a crazy, crazy scientist woman. It's, like, insane."

Fan-filmed video footage of VIXEN's July 26 performance at Halfway Jam in Royalton, Minnesota can be seen below. 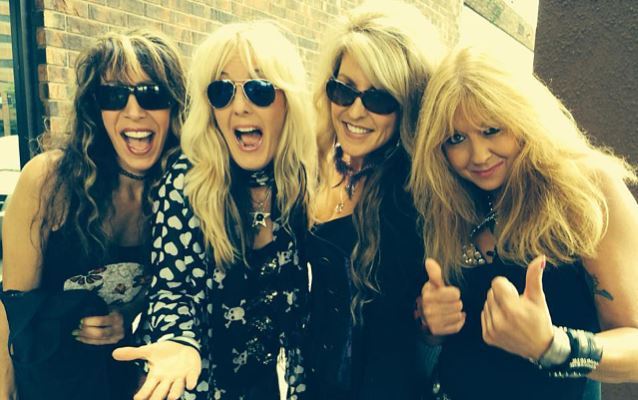