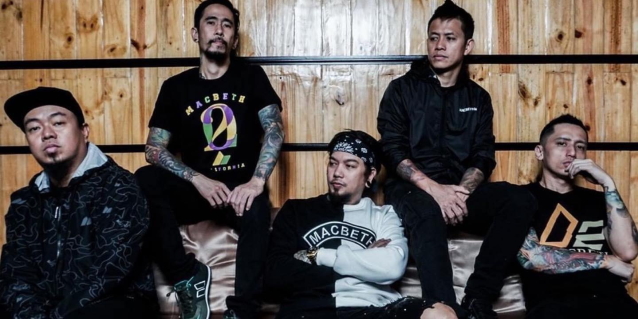 According to CNN Philippines, Vladimir "Jamir" Garcia, the frontman of the legendary Filipino heavy metal band SLAPSHOCK, has died at the age of 42.

Garcia's lifeless body was found by his aunt in their residence at Barangay Sangadaan at around 9:20 a.m. He was rushed to the Metro North Medical Center but was declared dead on arrival by the attending physician at 10:20 a.m.

Garcia's sister had waived the family's rights to investigate the singer's death as they are convinced that he took his own life.

Music channel Myx, which first launched in the Philippines in 2000 and then stateside in 2007, said in a statement: "The MYX Philippines team extends our deepest sympathies to the loved ones of SLAPSHOCK frontman Jamir Garcia. A fierce performer on stage, Jamir was one of the nicest and humblest rockstars we've had the pleasure of working with. He will truly be missed in the OPM band scene."

Formed in 1997, SLAPSHOCK was credited with popularizing heavy metal in the Philippines. Among its most popular songs are "Cariño Brutal", "Anino Mo" and "Agent Orange".

SLAPSHOCK was forged in the musically rich landscape of the University of the Philippines. The band emerged during the heyday of rap-metal in the USA and in the Philippines, becoming a pioneer of the movement and responsible for its rise.

SLAPSHOCK was signed by EMI Music Philippines in 1998, which resulted in its first platinum-selling album, "4th Degree Burn". This LP birthed many cult-favorite tracks like "Agent Orange", which became the rock anthem of the youth during that time and introduced SLAPSHOCK to the underground and commercial scene. A second platinum album, "Headtrip", followed in 2001, with "Project 11-41" arriving one year later. The gold-selling "Novena" came out in 2004 and was followed by 2006's "Silence". A greatest-hits disc, "Recollection", was released in 2008 and paved the way for "Cariño Brutal" in 2009. The latter's single of the same name went on to become 2010's biggest rock hit. The group's seventh album, "Kinse Kalibre", came out in 2011.

SLAPSHOCK's latest album, "Atake", was issued in May 2017 via the band's own label Alley Road Records.

The group called it quits in October after 23 years.