Completing the vinyl release of the five songs featured on the "Post Society" mini-album, "Silver Machine" will include the HAWKWIND cover version that serves as the EP's title track as well as the song "Post Society".

The "Silver Machine" EP is limited to a total of a thousand copies, split up as follows:

VOIVOD drummer Michel "Away" Langevin, who designed the artwork for "Silver Machine", stated: "At this moment, we are recording demos and writing the conclusion of the next album, while getting ready for the Wings Of Metal festival here in Montreal. Right after this show, we will rehearse a couple of new setlists for the upcoming tour.

"We are really thrilled to go to Europe again this year, to play in some countries we never visited before. In November, after the tour, we will go to RadicArt studio to record the new material, at last... In the meantime, see you on the road!”

Langevin told Metal Wani about the musical direction of the next VOIVOD album: "It's like in the vein of [the] 'Post Society' [EP]. So far, most of the songs are very long and progressive. We want to write a couple of short rockers to have a good blend, but so far, it's very intricate and progressive thrash metal with a bit of punk, as usual. It's still VOIVOD, it's a newer VOIVOD, but I think the spirit is intact… I mean, there are elements of all the periods, for sure, and it sounds like the 'Dimension Hatröss' era, but it's a new thing. [Bassist] Rocky [Dominique Laroche] and [guitarist] Chewy [Daniel Mongrain], they have their own way of approaching the music. They are really tight, surgical, so it makes me play differently. The thrash metal roots will always be there, except that we like to go into prog rock and psychedelia as well." 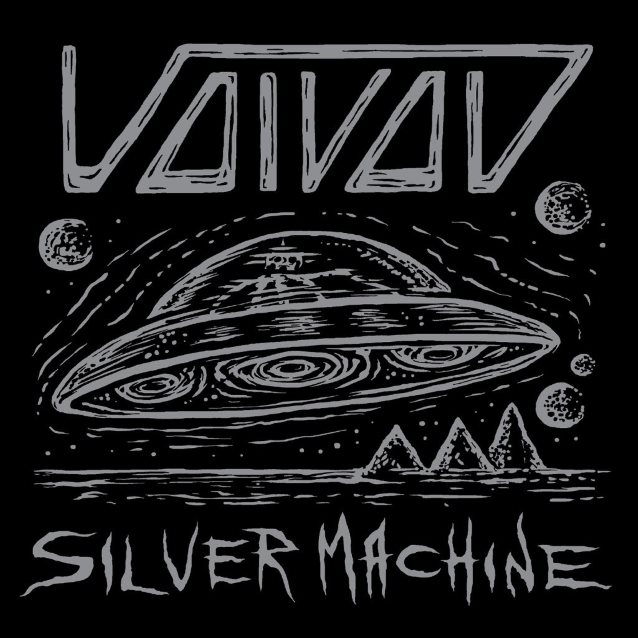