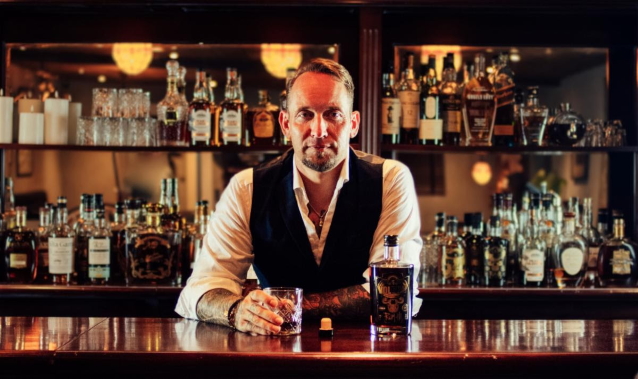 Danish/American rock and rollers VOLBEAT have announced the latest addition to their acclaimed spirits portfolio this summer.

Following the global success of previous editions, the band is launching Volbeat Rum III — a hand-selected, premium blend sourced in The Dominican Republic, Guyana, Jamaica, Barbados, Guatemala, and Trinidad. Dark, complex, and aged up to 15 years, it exhibits flavour notes of exotic dried fruits, caramel, and wood. The 43% alcohol by vol. libation is bottled in the Netherlands for Conquer Spirits/AMKA.

The global rum market is estimated to grow by 150 million liters during 2020-2024, according to latest market research by Technavio. Intending to capitalize on this growth, the band have agreed a new, wider distribution partnership with independent, family-run, global success story AMKA. Volbeat Rum III will be commercially available at more stockists than previous editions, including supermarkets and bars, and at a lower price point.

The Danish band previously issued two incredibly successful, limited batch rums in Europe. 2016's Volbeat Rum I was sharp, full-bodied, and carefully crafted to stand apart from all other rums on the market. 2017's Volbeat Rum II was lighter and sweeter but no less delicious. Both are now sold out.

"You will never taste anything like it," says VOLBEAT vocalist/guitarist Michael Poulsen about Volbeat Rum III.

There's a reason for such enthusiasm. Working on their own branded beverages has been a creative boon for the band members. All bands release an array of merchandise that allow fans to wear and display their fandom. However, VOLBEAT wanted to offer their diehard legion of disciples something extra, something that stimulated the members' own creativity and appreciation for each element that goes into producing an alcoholic drink. It also introduced the band to a whole new group of people who weren't VOLBEAT fans, those who just liked distinctive, high-quality rum!

Many celebrities and musicians have entered the wine and whiskey industries in recent years, but ultimately, VOLBEAT approach the art of rum making as they do their main songcraft. They have rolled up their sleeves and immersed themselves in the creative process, rather than merely slapping their logo on the bottle. The band chose to create rum not only out of personal preference for this particular liquor, but because of the process itself.

"If you learn how to mix it right, and do it right, it is something you can drink easily," Poulsen explains. He calls out the careful balance of bold taste and sweetness as the hallmarks of a good rum, and believes this new edition is exactly what fans will want to drink. Additionally, rum tends to be enjoyed by those with a more developed palette. "When you are a youngster, you can't afford to buy good liquor," he states. "You start with crappy beers and just want to get buzzed. As you get older, you discover better beers. We had our own beer for a short while and went through a process to find the right taste. Later on, I got into whiskey. You start with a standard whiskey and think it's the best thing in the world until you discover the higher quality stuff."

Just as the band's music has evolved, so has their pursuit of finding and now creating the perfect drink. While Volbeat Rum I and II were limited batches that mostly graced specialty stores and went on to become collectors items amongst rum connoisseurs, Volbeat Rum III has been blended and produced with the goal of making it widely available and reasonably affordable. However, Poulsen is also quick to note that while the latest edition may be more accessible, the quality and the flavour remain as top line as the previous batches. "The good thing about rum is that it's not always about the price," the singer shares. "You can make a quality product at a decent price. It's about how you blend it and the process."

Ultimately, Volbeat Rum III is a "uni-rum" — a universal rum for everyone, from distinguished rum connoisseurs to a more casual imbiber, and it hopes to make rum aficionados out of those who were not previously. Full stockist details will be announced in due course. For more information, please visit the newly launched web site — volbeatrum.com — and look out for extensive content coming soon, as volbeatrum.com expands to become the premiere rum destination online. 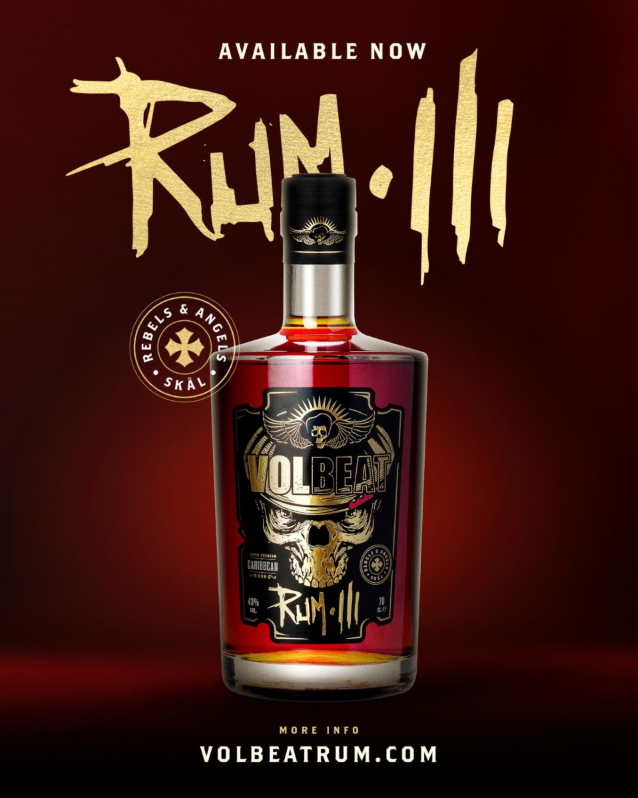