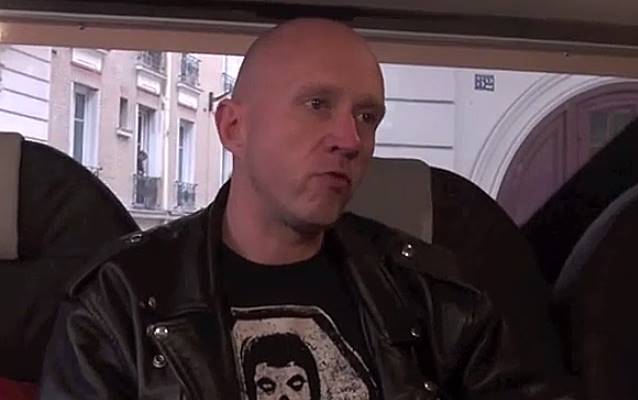 VOLBEAT Drummer Says Band Lured Him Out Of Retirement

According to The Pulse Of Radio, VOLBEAT drummer Jon Larsen says he had given up his dreams of being a rock drummer when he got the call from frontman Michael Poulsen to join the Danish act. Larsen told Mulatschag that after playing in several local bands in Denmark as a youngster, he had put his kit in storage, explaining, "I got a regular job and didn't really pay too much attention to playing music. Then one day I got a phone call from Michael saying 'I need someone who can do two and four.' I said I hadn't played in a couple of years, but he said ‘Don't worry about it.'"

Larsen added, "I dusted the kit off in the basement and took them out. It took a while to get back but I must have been doing something good because he kept me."

Larsen has been with VOLBEAT since its inception and 2005 debut album, "The Strength/The Sound/The Songs".

He explained the band's musical philosophy: "One of the philosophies that we have is actually that the simple solution, simplest music is always the best solution actually. Because everybody can relate to it if it's simple. If you listen to stuff like DREAM THEATER and stuff like that, which is very technical music, it's much harder to get into bands like that. It's much easier to get into like a simple punk rock song. Everybody can understand that."

VOLBEAT will hit the road with FIVE FINGER DEATH PUNCH this fall for a co-headlining North American tour, starting on September 16 in Salt Lake City.

VOLBEAT will be out in support of its fifth album, "Outlaw Gentlemen & Shady Ladies", which was released last year.

The group's latest, "Dead But Rising", is the sixth track from the band to reach the Top Three at rock radio.