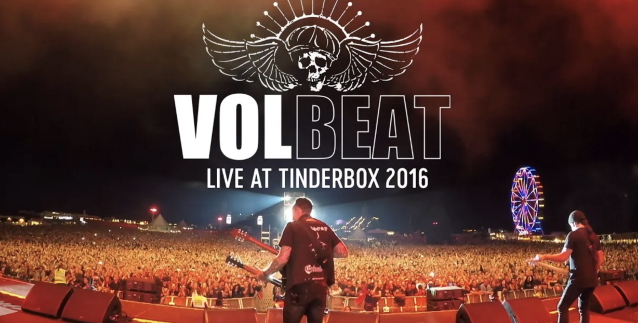 On Wednesday (July 1) at 10:00 a.m. ET, VOLBEAT will stream a one-hour TV special of its performance at Denmark's Tinderbox festival on the band's YouTube channel, where it will be available for one week. The special, originally filmed on June 24, 2016 in Odense, Denmark and broadcast in Denmark on DR TV, has not been aired since the original broadcast four years ago. The special performance, includes live versions of "The Devil's Bleeding Crown", "For Evigt" (feat. Johan Olsen and Mia Maja),and "Seal The Deal".