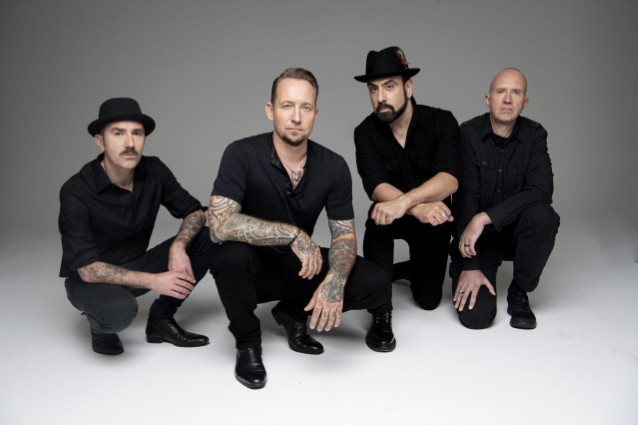 Earlier today, VOLBEAT issued the following statement: "Boise Volfam: unfortunately this morning Jon tested positive for COVID, so we will have to cancel our appearance tonight at Idaho Center. Jon is asymptomatic and feeling fine, so we're hopeful he will be back behind the kit soon. GHOST and TWIN TEMPLE are still playing, but refunds are available from your point of purchase if requested. In the meantime, our great friend and amazing drummer Jon Dette is dropping everything to meet up with us in Portland and will be filling in until our Jon is cleared to return, so we can resume the tour tomorrow night.

"Boise, we hope to be back soon. Please stay safe in the meantime!"

VOLBEAT's "Shotgun Blues" single, which is taken from the band's latest album, "Servant Of The Mind", recently topped both the Billboard Mainstream Rock and Mediabase Active Rock charts, the Danish/American group's tenth top-charter, and cemented VOLBEAT's record for having the most No. 1 singles on the Mainstream Rock chart by an artist based outside of North America. 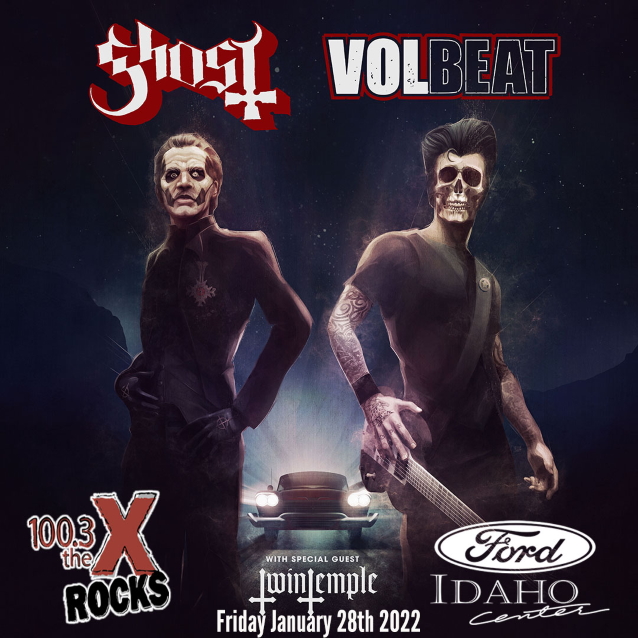