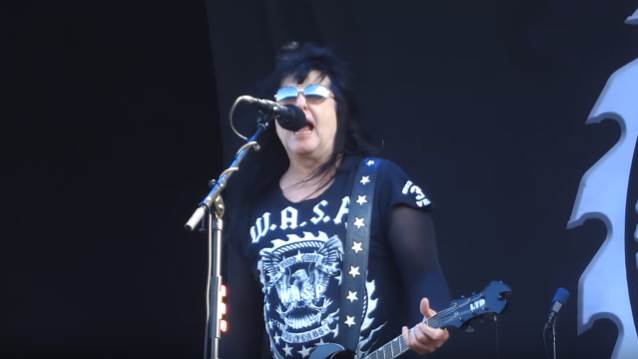 W.A.S.P. has recruited renowned drummer, songwriter and multi-instrumentalist Brian Tichy, known for his tours of duty with WHITESNAKE, BILLY IDOL, FOREIGNER and OZZY OSBOURNE, to sit behind the kit for the band's current run of European festivals.

Fan-filmed video footage of Tichy performing with W.A.S.P. on June 23 at the Copenhell festival in Copenhagen, Denmark can be seen below.

On February 2, W.A.S.P. released the critically acclaimed 25th-anniversary edition, "ReIdolized (The Soundtrack To The Crimson Idol)" , of the band's iconic hit album "The Crimson Idol".