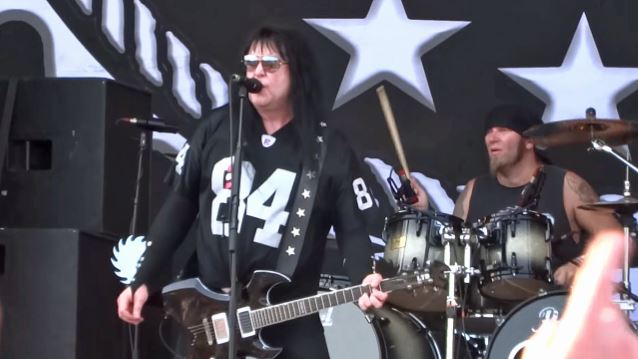 W.A.S.P. has tapped YNGWIE MALMSTEEN drummer Patrick Johansson to sit behind the kit for the band's currently scheduled shows following the recent departure of Mike Dupke.

Johansson previously toured with W.A.S.P. in 2006, shortly after the band parted ways with Stet Howland.

Fan-filmed video footage of W.A.S.P.'s July 16 performance at the Bang Your Head!!! festival in Balingen, Germany — featuring Johansson on drums — can be seen below.

Dupke did not give a reason for his exit from W.A.S.P. after a nine-year stint with the band.