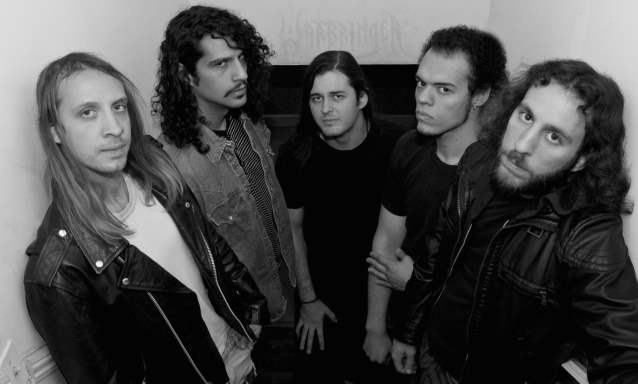 Comments WARBRINGER: "The artwork for 'Empires Collapse' came about from wanting to take a much more focused and simplistic approach. Previous WARBRINGER album covers are extremely detailed, busy works, so it was a conscious decision to have art that was the antithesis of what we had done before. John Laux came up with the concept, so we had our friend Adrienne Rozzi make up a sketch, which led to us having her follow through with the final piece. It's incredibly different from what most fans would expect for a WARBRINGER album cover, but we wanted the art to visually reflect the music. The piece reminds me of a tarot card illustration and sets a very cryptic, somber vibe which associates well with the music that ties into the album's title."

WARBRINGER will tour North America with KREATOR and OVERKILL between October 27 and November 29. Additionally, WARBRINGER has just been announced to appear at IRON MAIDEN's The Battle Of San Bernardino event on September 13, with additional performances by MEGADETH, ANTHRAX, TESTAMENT, SABATON and OVERKILL, making it a night to remember for fans of heavy/thrash metal.

Said WARBRINGER about the opportunity: "It's an honor to be able to perform alongside one of heavy metal's most influential bands and we want to thank everyone who has given us their support in order to achieve this opportunity. It will be a monumental concert for us and all attending. Up the irons!" 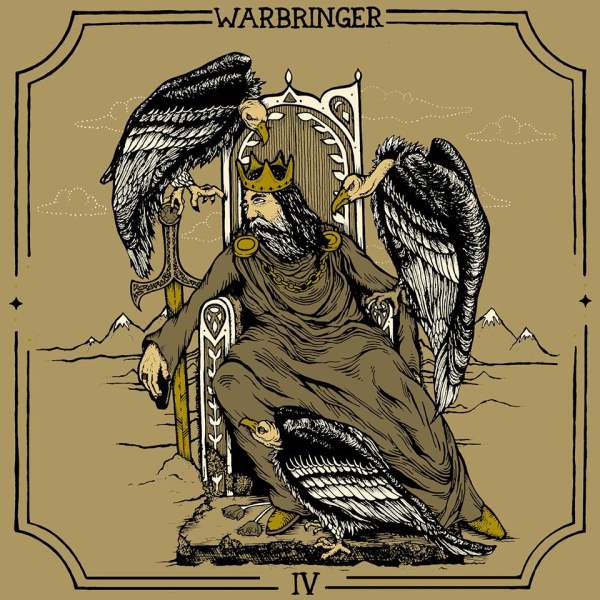