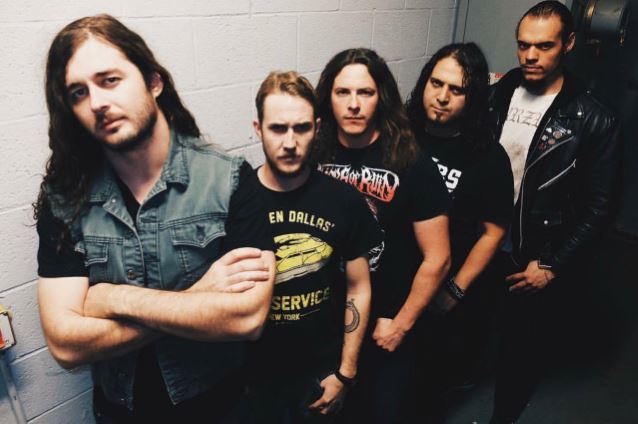 Started in 2004 by high school metalheads, WARBRINGER has made its way up through the metal scene. After four releases and an endless succession of tours with ARCH ENEMY, EXODUS, SUICIDE SILENCE, MEGADETH, NAPALM DEATH, ICED EARTH and KREATOR, to name just a few, this hard-working five-piece is ready to take the next step together with Napalm.

WARBRINGER frontman John Kevill comments: "We have been writing for the last couple months, the riffs are flowing and the new material is sounding goddamn lethal.

"We are planning to record at the end of summer and release it early next year, followed by a full worldwide touring campaign.

"The writing is being led by longtime members drummer Carlos Cruz and guitarist Adam Carroll, as well as myself, and we are being joined by Chase Becker on the lead guitar and Jessie Sanchez dropping the bass-hammer.

"I've been on a mission to make this record for three years since 'Empires...' was released, and it's great to see it finally coming to fruition.

"Thank you all the people at Napalm Records for their interest in the band, and thank you to the fans for your continued and undying support. We'll see you out there next year."

Sebastian Muench, A&R at Napalm Records, states: "I have been following WARBRINGER's progress throughout the last four fantastic releases and am extremely confident that with the band's first release under the Napalm banner WARBRINGER could step in the footsteps of thrash metal titans like EXODUS, KREATOR or TESTAMENT! We will work our asses off to make the album a success! Welcome to the Napalm family!"