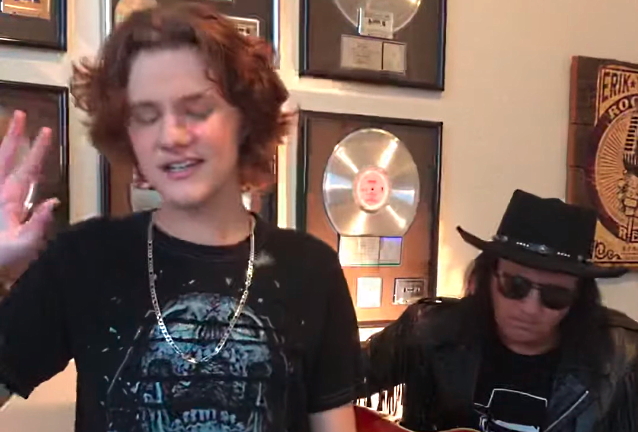 WARRANT guitarist Erik Turner and his son Noah have used some of the coronavirus downtime to work up an acoustic version of THE NEIGHBOURHOOD's "Cry Baby". Check out video of the at-home performance below.

WARRANT said: "We hope y'all are doing good in quarantine world and making the best of it. We can't wait to rock with you again. Feel free to share with friends that you think will enjoy this music."

Vocalist Robert Mason replaced original frontman Jani Lane in 2008 and has brought a degree of stability to the band after Lane's unceremonious departure and subsequent 2011 death.