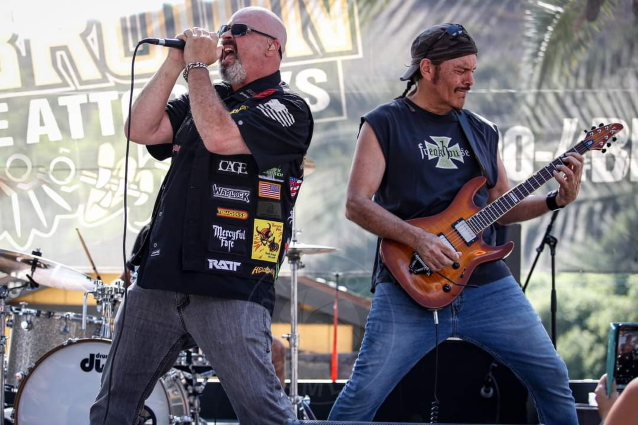 On Saturday, July 17, Los Angeles-based band WARRIOR reunited to celebrate the life of its bass player Rob Farr at Cooks Corner in Trabuco Canyon, California. This was the first time WARRIOR has performed live since its performance at the Keep It True festival in Germany, on April 26, 2014.

Farr was very well liked and frequented the Southern California rock scene, playing in a variety of bands over the years. His other band NATIONAL DUST and RADIO EIGHTIES also performed on July 17 at Cooks Corner. Roy Z and Ira Black headed up an all-star jam to finish off the day.

The WARRIOR setlist was as follows: 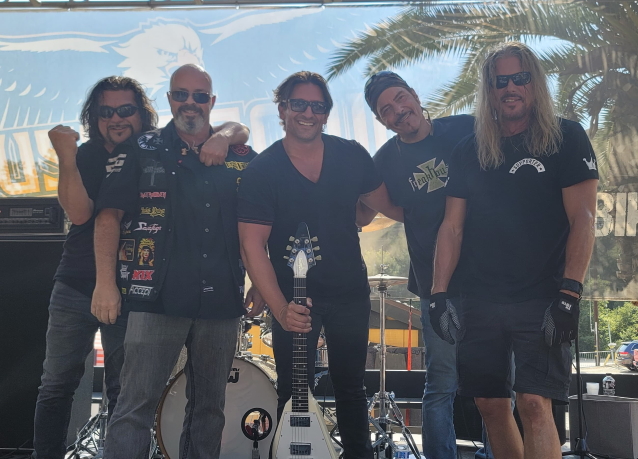