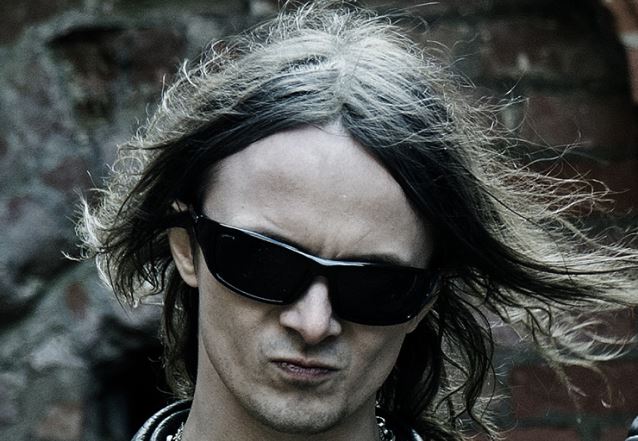 WATAIN's DANIELSSON: True And Genuine Black Metal Will Always Be A Minority In The Music Scene

Brendan Crabb of Australia's Loud recently conducted an interview with Erik Danielsson of Swedish black metallers WATAIN. A couple of excerpts from the chat follow below.

Loud: How do you view the current state of black metal, in particular from a creative standpoint?

Erik: I think that throughout the course of history, there have always been very few bands that have been able to live up to my standards, at least of black metal… Then there are thousands and thousands of misrepresentations and misconceptions of it. But true and genuine black metal is always something that will always be a minority in the music scene. A small minority even. Then there's all these people that kind of want to… It's just like punk, you know? You have a few real punk bands, and you have a thousand bands that try to do the same thing, but fail because they don't have the right spirit and they don't really believe in it. But at the same time, it fascinates a lot of people, because it is an extreme way of expression, and it is controversial, and it's therefore also popular and people are fascinated by it. That's why it's also so often, like with other forms of extreme art, whatever it may be, that's why it's also so often misused, and just even commercialised, just for the sake of that, horror sells. And extreme metal sells, controversy sells, and that's why there's so many charlatans in this kind of music. But anyway, there's no need focusing too much on that either, because if I feel there are some bands who are willing to stand up and represent this movement for what it truly is, then I have no reason to complain. There will always be charlatans and circus people everywhere, but that's old news.

Loud: It's amusing that you make that point, because I read a review recently of a black metal band on a high-profile label, and the writer reviewed to them as "mainstream black metal," which I thought had to the ultimate oxymoron.

Erik: [laughs] Yeah. The second that black metal truly becomes mainstream, I think we're really in the last days. I think that's really the end times. When such an extreme thing and extreme form of music becomes mainstream, I think the world is truly fucked. So I want that day to come, but I think it's very far away, because I think (what) people consider to be "mainstream" black metal now is just completely irrelevant. It's a misinterpretation of what black metal truly is. But then again, there is no need actually to put too much focus on people who have misunderstood black metal. It's more important to focus on what it actually is.

Loud: What do you feel is WATAIN's "role" within that process then?

Erik: It's an interesting question. I feel that it's honestly something that I don't really reflect on that much. I think it's pretty much up to people who are not in the band to make up their minds about that. I do WATAIN from the inside, and I don't really do it for the sake of any scene, or the sake any movement or whatever. What we do is an organic, living thing that is just there because it has to be there. It's why we are here on this earth, to do WATAIN. And whatever role that plays in the larger context, let's say within a black metal scene, it's interesting, but at the same time it's nothing that I would choose to think too much about. I just keep on doing what I always have done.

Loud: Each WATAIN album seems more akin to a statement than a mere recording. Whereabouts within the evolution of the band do you feel "The Wild Hunt" exists? How close was it to realizing your ultimate goals for your music?

Erik: Yeah, but the goals are, it's not really about that there is a certain point that we are trying to reach. The goal has always been, I think, to maintain and uphold what we have created for ourselves. The goal has never been to actually reach to a certain point. It's more been about pursuing a certain path, a path that will always lead you into the unknown, into the wilderness, really. And everything that we learn along the way; everything that we experience, and everything that leaves its mark on us. That makes its way into our songs, and into our work with WATAIN. With all that being said, WATAIN is a journey. It is not a journey about what the goal (should) necessarily be. The goal is to have the journey itself, and that is why every album must be seen as a moment of a specific place in time. Every album reflects what WATAIN is at this very moment, and we are always moving. We are always on the move. It's a constant movement; stagnation is not an option. It's always about reaching further and further, deeper and deeper into yourself and into the unknown.

Read the entire interview at Loud.