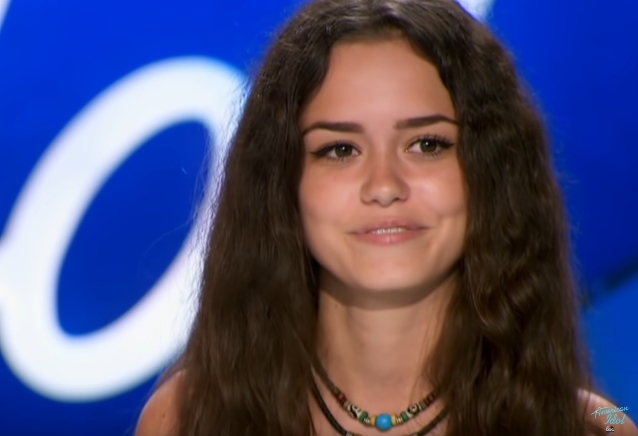 Moments after Casey Bishop's audition, one of the judges, Luke Bryan, said: "I think she's the damn winner of 'American Idol'. Period. It's evident."

He later added: "Wow, y'all. My body has been tingling for 10 minutes. She is a massive star."

In addition to "Live Wire", the 15-year-old from Estero, Florida sang the jazz standard "My Funny Valentine".

"I didn't think anybody would get close to Alejandro's audition, as far as me being just, like, dipped in Disney and sparkles and flowers and doves," Bryan said, referring to 2019 finalist Alejandro Aranda. "And that's what your audition was for me.

"I wrote 'Top 10, def' on the MÖTLEY CRÜE song, and then you just did — I don't even know what the heck just happened just then [with 'My Funny Valentine']."

Bishop, who cites NIRVANA, RED HOT CHILI PEPPERS and SUBLIME as her favorite groups, is a sophomore at The Center for the Arts at Cypress Lake High School.

Up until her appearance on "American Idol", she had only performed with her school chorus and at school talent shows, according to USA Today.