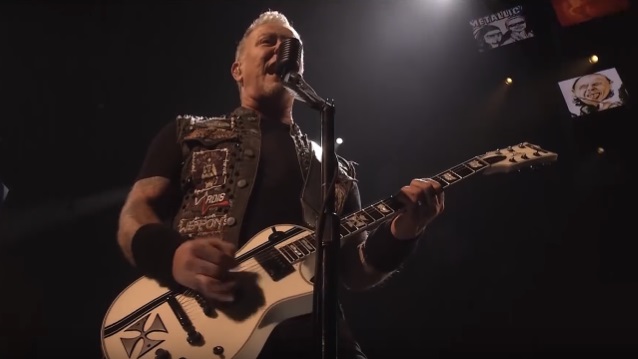 METALLICA has uploaded a 360-degree video of the band performing the song "Sad But True" on May 7 at Ericsson Globe in Stockholm, Sweden. Check it out below.

The 19 market reports included a two-night stand at Stuttgart, Germany's Hanns Martin Schleyer Halle, which grossed $3.3 million. Both shows were sold out, with an attendance of 14,695 per concert.